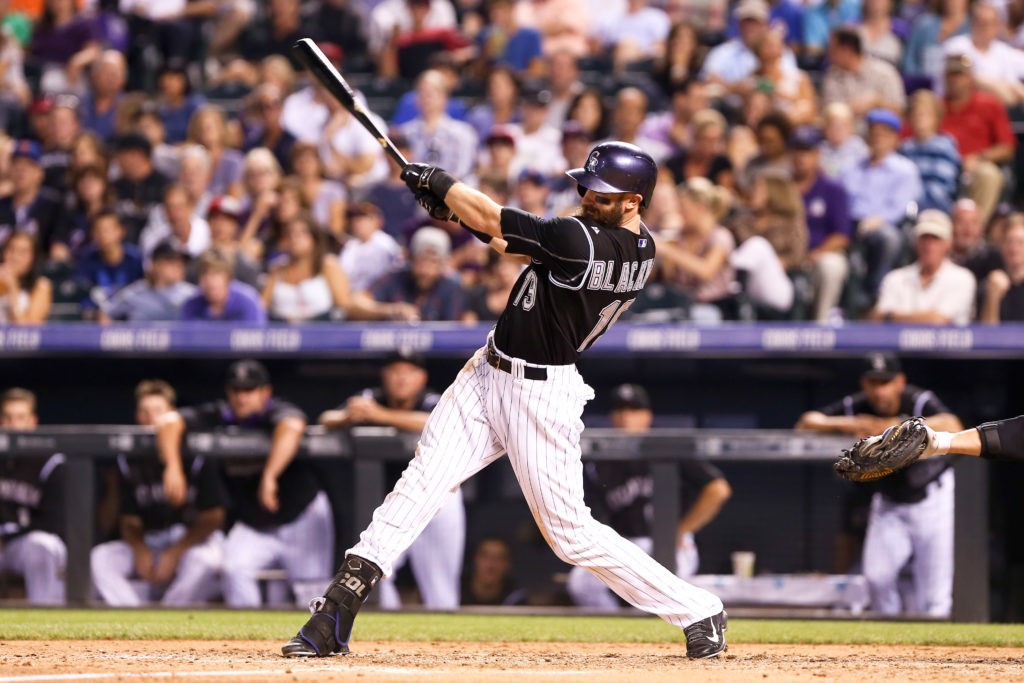 On average, we’re about 15 games into the MLB season (unless you’re the Cardinals) which means it’s time for our quarter season awards. In a normal season, so much can change from game 40 to game 162, but in a 60 game season, 15 games actually gives a pretty good indication of what’s ahead for these teams. Without any further ado, let’s get into it.

AL: Aaron Judge, New York Yankees – .290 avg, 9 homers and 20 RBIs
Is there more of a no brainer pick than Aaron Judge? There’s not a hotter hitter in baseball right now, and Judge is leading the charge for this strong Yankees lineup. The man is mashing the ball to the point that every at bat has become must watch TV. If he continues even close to this pace (and stays healthy), he’ll win his first MVP award at the end of the season.
Runner-Up: Nelson Cruz, Minnesota Twins – .329 avg, 4 homers and 18 RBIs

NL: Charlie Blackmon, Colorado Rockies – .472 avg, 3 homers and 20 RBIs
Nobody expected the Rockies to be competing for the division title this year. But, then again, nobody expected Charlie Blackmon to be hitting .472 at this point in the season. Blackmon started the season 0-8 but, since that time, has had just one hitless game out of 15. In fact, he’s had only four games out of 15 with fewer than two hits. There’s not a more important player to their team in the National League right now.
Runner-Up: Fernando Tatis Jr., San Diego Padres – .316 avg, 8 homers and 18 RBIs

AL: Shane Bieber, Cleveland Indians – 3-0, 1.63 ERA and 43 K’s
Shane Bieber has 43 strikeouts on the season in 27.2 innings pitched. There’s no one in the entire MLB that’s even close to pitching at that rate right now. The next closest American League pitchers in strikeouts are his teammate Carlos Carrasco and Rangers pitcher Lance Lynn, who both have 30. Bieber did “struggle” in his last game against the White Sox when he gave up 3 runs in 6.2 innings, but that tells you all you need to know about how dominant he has been. We expect perfection at this point, and anything less is considered a disappointment.
Runner-Up: Lance Lynn, Texas Rangers – 3-0, 1.16 ERA and 30 K’s

NL: Trevor Bauer, Cincinnati Reds – 2-0, 0.93 ERA and 30 K’s
This award could easily go to Bauer’s teammate Sonny Gray instead, but I’m giving it to Bauer because he has allowed just two earned runs in nearly 20 innings pitched. He’s also notched 10+ strikeouts in two of his three starts so far this season and looks like the ace that he once was with the Indians. Bauer and Gray should both earn Cy Young and even MVP votes if they are able to keep up this pace and guide their team into the playoffs this year.
Runner-Up: Sonny Gray, Cincinnati Reds – 3-1, 2.25 ERA and 35 K’s

Rookie of the Year

AL: Kyle Lewis, Seattle Mariners – .338 avg, 4 homers and 14 RBIs
Kyle Lewis has been one of the most fun players to watch in the MLB this season. He has show some flash in right field, but what he’s done at the plate has been his most important contribution to the team. Lewis has been the Mariners biggest constant in the middle of their lineup and is living up to his billing as their best prospect.
Runner-Up: Randy Dobnak, Minnesota Twins – 3-1, 0.90 ERA and 11 K’s

NL: Dustin May, Los Angeles Dodgers – 1-1, 2.75 ERA and 17 K’s
Do yourself a favor and Google a video of Dustin May throwing pitches. He makes the baseball look like a Wiffle ball the majority of the time which is one of the coolest things to watch in the MLB right now. If Dustin May can continue to pitch like this, he could end up being the piece that puts the Dodgers over the top in their quest for a World Series title.
Runner-Up: Jake Cronenworth, San Diego Padres – .333 avg, 2 homers and 4 RBIs

AL: Gleyber Torres, New York Yankees – .161 avg, 1 homer and 3 RBIs
Gleyber Torres had MVP hype heading into this season as he transitioned to the Yankees every day shortstop and was stuck right in the middle of their lineup. He hasn’t lived up to the hype yet this year though and is looking completely lost at the plate. Luckily for Torres, the Yankees lineup is good enough to hide its issues, but he is going to have to turn things around fast if he wants to avoid having a statistically abysmal year in this shortened season.
Runner-Up: Anthony Rendon, Los Angeles Angels – .180 avg, 4 homers and 8 RBIs

NL: Christian Yelich, Milwaukee Brewers – .175 avg, 4 homers and 9 RBIs
Yelich has been hitting a little bit better of late, but if not for a miscue in the outfield on a relatively routine fly ball that led to an inside-the-park home run, he could easily have a lower average and one less homer. Yelich is a perennial MVP candidate which makes the start of this season so disappointing. I expect him to turn things around as the season progresses, but at the quarter point, he is one of the least productive players in the league.
Runner-Up: Cody Bellinger, .171 avg, 2 homers and 7 RBIs

Manager of the Year

AL: Brandon Hyde, Baltimore Orioles – 9-7 record
Brandon Hyde has been given a really poor collection of players and made the most of it. In my preseason predictions, I expected this team to win fewer that 20 games on the year, but we’re now 16 games into their season, and they already have 9 wins. He’s getting the most out of his players and finding ways to win with great situational coaching and small ball.
Runner-Up: Ron Gardenhire, Detroit Tigers – 9-7 record

NL: Don Mattingly, Miami Marlins – 8-4 record
I wrote about this last week, but the Marlins are the best story in baseball right now. It is incredible that they are continuing to win games this year despite losing 18 players to COVID and having to take a week and a half off of playing/practicing to quarantine. If the Marlins even sniff .500 at the end of the season, Mattingly should win this award unanimously.
Runner-Up: David Ross, Chicago Cubs – 12-3 record