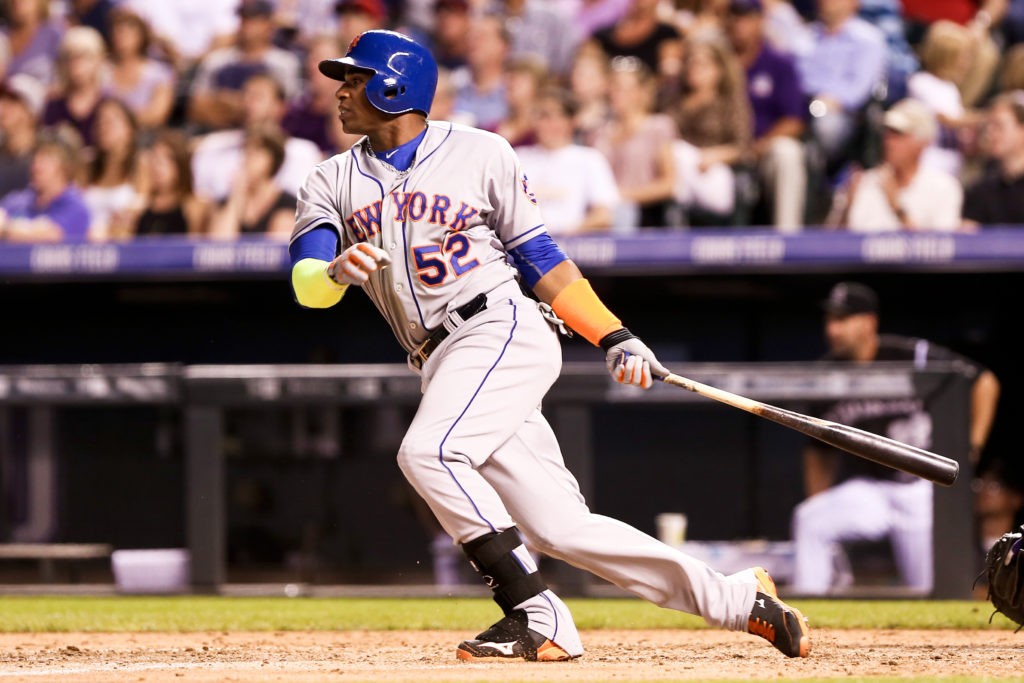 The teams in the both the American and National League East divisions are going to have the hardest schedules of any of the MLB’s six divisions. All around the teams are just really good which is going to leave some very talented rosters out of the playoffs in this strange 60 game season. Will the Nationals be able to avoid a World Series hangover? Will the Mets be able to keep their rotation healthy? Can the Phillies figure it out this year? These are the biggest questions heading into this National League East season, and I can’t wait to see how it all plays out. Hopefully it’ll be like this…

Winner: New York Mets
As a Yankees fan, it always pains me to give the Mets any kind of credit. I don’t want to see them succeed, but the truth is, they have an extremely talented team this year. Even without Noah Syndergaard, who is out for the year following Tommy John surgery, the Mets still have a dynamite rotation of two-time Cy Young winner Jacob deGrom, Marcus Stroman, Steven Matz, Rick Porcello, and Michael Wacha. They’ve improved one of 2019’s worst bullpens by adding Dellin Betances, and Edwin Diaz won’t have to pitch in front of any fans this year which should be good for his psyche. The Mets lineup features second year sensations Pete Alonso and Jeff McNeill who will be looking to build off of their very impressive first full seasons. They also have the bats of Robinson Cano, J.D. Davis, Michael Conforto, Dom Smith, and Yoenis Cespedes to complement Alonso and McNeill in the lineup. With a universal DH being employed in the MLB this season, the Mets should have plenty of room for all of their hitters which will greatly benefit this team.
Win-Loss Prediction: 34-26

Second Place: Atlanta Braves
The Braves have won two straight NL East titles, but I think the 60 game format is going to prevent them from winning their third. The AL and NL East are both so good that these teams are going to end up beating up on each other leaving behind some casualties in their wake. The Braves rotation is very hit-or-miss. Anchored by youngsters Mike Soroka and Max Fried, the Braves have some good depth with Mike Foltynewicz and the newly acquired Cole Hamels. The problem is that all of these arms tend to be up-and-down which can be overlooked in a 162 game season but can cause issues in a 60 game season. The team did have the best bullpen in the division last year and is returning all of their arms, so that is a positive. They also have a very strong lineup that includes Freddie Freeman, Ronald Acuna Jr., Ozzie Albies, and the newly acquired Marcell Ozuna and Travis d’Arnaud. This is going to be a good team, but the inconsistency from the starters will push them from division winners to a Wild Card berth.
Win-Loss Prediction: 33-27

Third Place: Washington Nationals
I’m counting heavily on the World Series hangover for the Nationals. They’ve had an entire offseason + four months since they won that World Series, and I think that’s going to affect them in the short term this season. The first couple of weeks are going to be a grind for this team before they figure things out again. The problem is that a few weeks of poor play can sink a team in a season that’s just 60 games long. The Nationals lineup, which lost Anthony Rendon in the offseason and Ryan Zimmerman to COVID concerns, is going to rely heavily on Eric Thames, Howie Kendrick, and Starlin Castro to help lighten the load for youngsters Carter Kieboom, Trea Turner, and Juan Soto. Runs are going to be at a premium this year. Luckily for Nats fans they do have the best starting rotation in the division (potentially the entire league) with Max Scherzer, Stephen Strasburg, and Patrick Corbin at the top. Unfortunately, they still have major bullpen issues and will be counting on a lot of innings from setup man Will Harris and closer Sean Doolittle. This team is going to be good, but it’s going to take them too long to click to actually make the playoffs.
Win-Loss Prediction: 31-29

Fourth Place: Philadelphia Phillies
The Phillies are the classic example of a team that looks great on paper. You fill out a lineup card in MLB The Show 20 with this team and you’d probably win 100+ games for a season. Bryce Harper, Andrew McCutchen, Rhys Hoskins, J.T. Realmuto, and the newly acquired Didi Gregorius all have the hitting prowess to inspire fear in their opponents. Jean Segura and Scott Kingery would be nice complements for any lineup. But, for some reason, those guys just couldn’t seem to put it all together last year. There was a lot of individual success, but far less team success. As for their rotation, aside from Aaron Nola, there is no sure thing. Jake Arrieta seems to be well into the decline of his career, and Zack Wheeler is going to have to prove that he can stay healthy and put together a full season…even at just 60 games. The bullpen is one of the worst in the entire National League, and that could end up costing them quite a few games in this shortened season. I’m expecting a year well below expectations and a tough test for Joe Girardi in his first season managing the team.
Win-Loss Prediction: 26-34

Fifth Place: Miami Marlins
The Marlins are on a really nice trajectory right now. They’ve restocked their farm system and have a lot of young talent that is MLB ready. They’ve also brought in some good veteran help like Francisco Cervelli, Corey Dickerson, Jonathan Villar, and Jesus Aguillar to guide their younger players. The problem for the Marlins is that they have arguably the toughest schedule in the entire MLB (probably tied with the Orioles). If this was a full and a normal season, it wouldn’t be out of the question that the Marlins could exceed their 63 wins from last season. However, in this shorter schedule against tough opponents, it will be tough to crack 20 wins with their lineup and rotation as it stands.
Win-Loss Prediction: 19-41