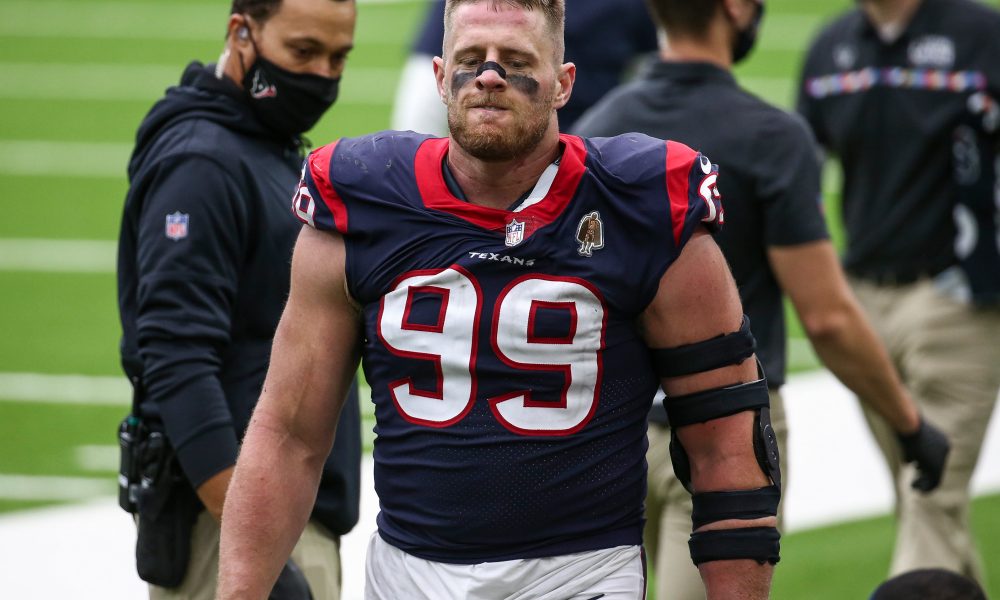 The Houston Texans are falling apart. First Deshaun Watson said he wouldn’t play for the team next season and requested a trade, and now JJ Watt has decided he’d no longer like to be on the team, so the Texans granted him his release. Why didn’t they just allow JJ to decide a few teams that he’d like to play for and then trade him is something I will never understand. But here we are. JJ is a free agent and a very attractive one at that. He’s not the same force that he used to be, but Watt has played all 16 games in two of the last three seasons and still remains a big threat on the defensive line. There is going to be a team that picks him up, and these are the five landing spots that I think make the most sense.

Pittsburgh Steelers
I could pretty much stop the list right here, but I want to cover my bases, so I’ll throw a couple of more teams in after this. But this is definitely the most likely location for Watt to end up. His brothers TJ and Derek are already on the team, and the Steelers could use an edge rusher after Bud Dupree likely leaves this year in free agency. He’s going to be a great system fit, and the Steelers defense is good enough that Watt could take some plays off. Also, as a player that won’t be the focal point of the defense like he was with the Texans, he should be able to see those sack numbers rocket back up.

Green Bay Packers
This one does, admittedly, make a ton of sense. Watt is a Wisconsin native that went to the University of Wisconsin. The Packers have an MVP quarterback nearing the end of his time with the team and need to strengthen their defense if they are going to make a legitimate run at the Super Bowl. This fit makes a lot of sense for both sides.

Tampa Bay Buccaneers
Now we get into the point of the list where JJ Watt would really just be ring chasing, which I think is what he, fairly, wants to do. He has family ties in Pittsburgh and Green Bay, but Tampa also gives him a great shot at a title. The Bucs are likely going to lose Ndamukong Suh in free agency, and Watt could fill right in as another talented rusher for that front four. Depending on how much money Watt wants, the Bucs could make a pretty good run at him in free agency.

Kansas City Chiefs
Basically just read what I said above for the Bucs because it all applies to the Chiefs. Watt would have to be willing to take a significant pay cut to go play in Kansas City, but if he really wants a ring, this is obviously his best opportunity. For the Chiefs, getting another pass rusher to join Frank Clark and Chris Jones would be a huge upgrade for this defense.

Dallas Cowboys
Here’s basically the only way I see this happening – JJ Watt decides he wants the money more than he wants the ring. I’m not saying the Cowboys are bad and can’t compete for a Super Bowl, but the other four teams on this list have an obviously better shot at winning it all. But Jerry Jones is going to want to make a big splash this offseason, and depending on what happens with the Dak situation, he should have some money to spare. A one year deal with America’s team wouldn’t be the worst fit.