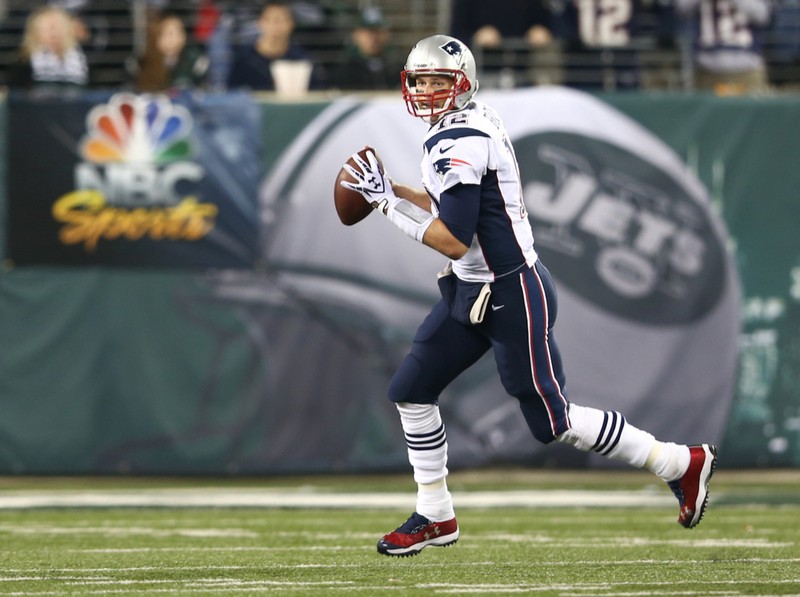 It’s March 17, 2020, and the unthinkable has happened. Tom Brady has decided to leave the New England Patriots. I honestly never thought I’d see the day where this happened. As a lifelong fan of the Jets, in some ways this is the best news I’ve ever heard. Get Brady out of the division! But in other ways, this is terrible news. Who am I supposed to blame the Jets failures on this year? Brady wrote the post below on his Instagram account today to break the news.

So now that Brady has said his journey will “take place elsewhere” it’s left to all of us sports bloggers to figure out where that “elsewhere” actually is. I’m going to give you my top four predictions for his landing spots, and if I’m wrong about number 1…at least I’ve covered all of my bases.

Los Angeles Chargers
This is the spot that makes the most sense to me. For one, he’d get to move to Los Angeles and play in a brand new stadium (if coronavirus doesn’t delay the construction too much). He’d be the face of what essentially amounts to a new franchise that has some amazing pieces to go along with it. This is the best roster of any of the teams available with great offensive weapons like Keenan Allen, Mike Williams, Hunter Henry, Melvin Gordon, and Austin Ekeler – a guy that fits the James White/Danny Woodhead type that Brady has loved in the past. The Chargers are also returning a defense that ranks in the top half of the league in most categories and top 10 in a lot of those. The Chargers had a -8 point differential last season but finished 5-11 which gives them the sixth overall pick in the draft. Compare that to another team on this list *spoiler* the Raiders *end spoiler* who had a -106 point differential but finished 7-9 so ended up with the 12th overall pick. The Chargers are a compelling spot for many reasons, and I think they will be his ultimate landing spot.

Tampa Bay Buccaneers
The Bucs have been getting a ton of buzz in the Brady sweepstakes recently. With their insanely talented offensive roster and “quarterback whisperer” Bruce Arians as the head coach/play caller, I can see why this fit makes so much sense. Who wouldn’t want to throw to Mike Evans, Chris Godwin, and OJ Howard? And then to get to hand the ball off to Ronald Jones with an offensive line like that? It almost makes too much sense. It would also mean that he’d get to leave the AFC and Patrick Mahomes, DeShaun Watson, and Lamar Jackson in his rearview mirror. The reason I don’t think Brady will end up signing here though is the defense. That defense stinks. Is part of that the fact that Jameis Winston led the league in turnovers last year leaving the defense in bad field position? Definitely. But I also think that the defense was a big reason that they ended up losing a lot of their games – and the reason why some of their wins were closer than they should have been. Brady is going to have to make a tough choice deciding whether or not that defense has improved enough that he thinks he can win a Super Bowl with them.

Oakland Raiders
This is the fit that makes the least amount of sense but holds maybe the most amount of intrigue. If Brady was a few years younger, I could see him considering the Raiders. Unfortunately he’s not, and this team is not ready to make the big leap to the Super Bowl yet. However, they are moving to Las Vegas this season, and those games are going to be a SPECTACLE. I think that, along with Jon Gruden coaching, might be enough to at least tempt Brady into heading in that direction. Like I said though, this is definitely a team that is far from winning the Super Bowl. Making the playoffs with Brady? Definitely a chance. But a Super Bowl with them? No way.

Dark Horse: Indianapolis Colts
On paper, the Colts make the most sense out of any team on this list. They have arguably the best offensive line in the NFL, good offensive weapons, and an average defense that just got a whole lot better with the addition of DeForest Buckner. The thing that I think would hold Brady back from this destination is his long rivalry with the Colts. The Patriots and Colts have had some heated playoff games over the years, and I think that this is one of the few teams that Brady doesn’t like. I also think that going to Peyton Manning’s old hometown isn’t an ideal fit for a guy that seems like he’s trying to build his own legacy at the end of his career by leaving New England. Going to a place where you’ll never be as loved as a guy that last played there 10 years ago is a tough way to do that.

No matter where Brady goes, it’s going to be WEIRD to see him in a uniform that doesn’t say “Patriots” across the front. That’s for sure going to take some getting used to. But this is pretty exciting and a much needed reprieve from all of the sports cancellations of the last few weeks. Don’t be surprised to see Tom Brady suiting up in some LA powder blues next year.