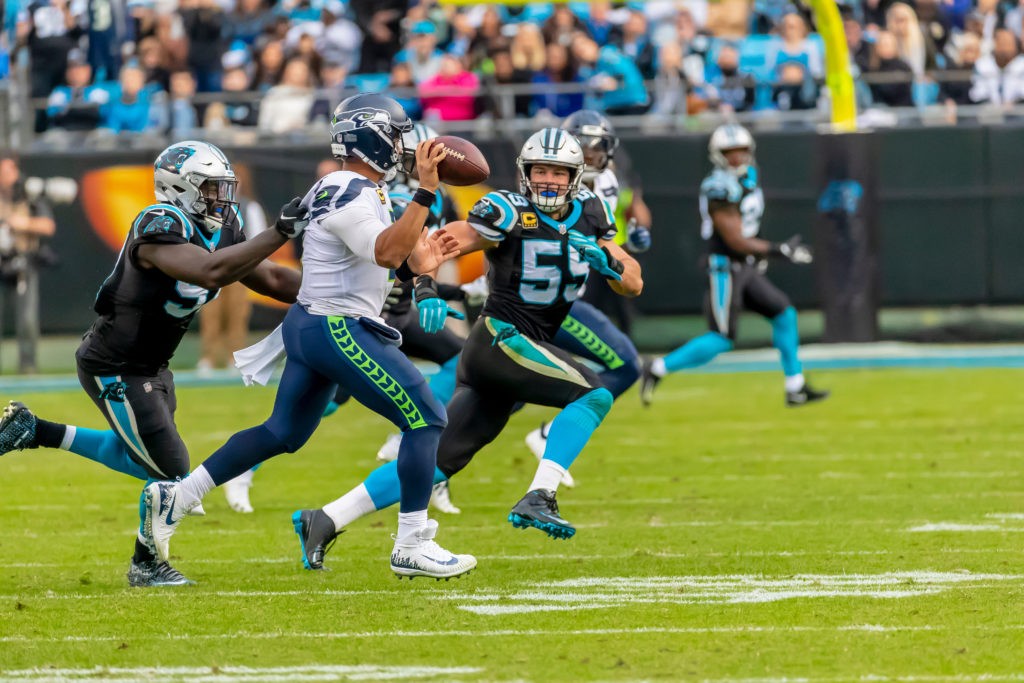 Three weeks into the 2020 NFL season, Russell Wilson had 925 yards passing, 14 touchdowns, and 1 interception. The biggest talking point for essentially every sports radio and TV show was how it could be possible that Wilson had never received an MVP vote before this season and how he was sure to win the award this year. It seemed like every day #LetRussCook was trending on Twitter and the Seahawks seemed destined for a Super Bowl victory. Since that time, Russ has 1,864 yards passing, 14 touchdowns, and 9 interceptions. So what happened?

I don’t think that Russ has fallen off a cliff, but this team feels so far removed from the team that started off 5-0. They’ve now lost three of their last four games, and Russell Wilson has 5 touchdowns and 8 interceptions in those losses. I think the Seahawks are letting him cook a little too much.

This is a team that has built its identity on running the ball and defense during Pete Carroll’s tenure in Seattle. The defense has fallen off from its Legion of Boom days, but in the last two seasons, the Seahawks’ rushing attack has helped to shorten games and hide some of those issues. In 2018, the Seahawks led the league with 160 rushing yards per game and finished fourth in the league last year with 138 rushing yards per game. This year, through nine games, the team ranks 13th with 116 ground yards per game and 28th in the league with 24 attempts per game. When you subtract Wilson’s five rushing attempts per game, that leaves just 19 for running backs.

Of course, part of this decline in carries is due to Chris Carson’s injury that’s left him out of the lineup since the first quarter of week 7. But even before that injury, Carson’s carries per game were 6, 17, 14, 16, and 8. That’s not nearly enough for a back coming off consecutive 1,000 yard campaigns. Despite having the same head coach and offensive coordinator from 2018 to now, there was clearly emphasis on changing the team’s offensive dynamic. The running game has basically been thrown out the window to open the door for more passing.

I’m not trying to say that this team shouldn’t pass. Russell Wilson is clearly a top-5 quarterback in the league. I do, however, believe that this type of offense is not the true identity of Pete Carroll or Brian Schottenheimer. They are built on running and play action but have gone completely away from that. If they don’t fix things soon, this is a team that seems destined for an early playoff exit despite preseason Super Bowl hype.

It’s time for the Seahawks to #LetRussCook the appetizer and dessert but let their running backs prepare the main course.