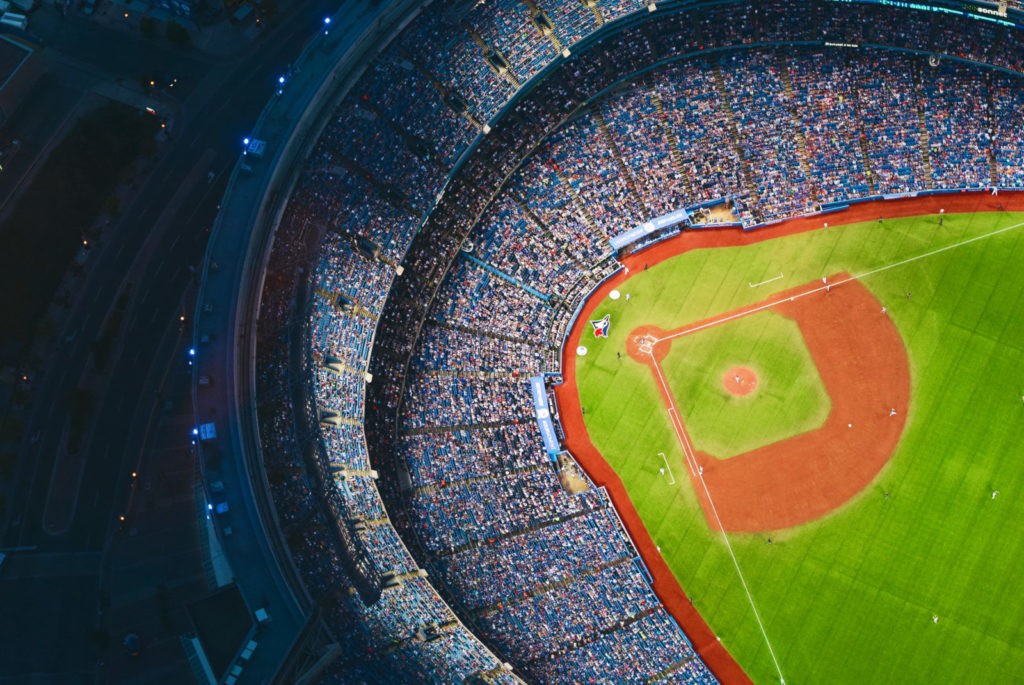 It’s day 781 without sports…or at least it feels that way, so I had to get something out there that was sports related. There is so much uncertainty as to when sports will actually come back and when the MLB season will begin, but I know that most of you are bored at home just like me and already doing your fantasy drafts for the 2020 season. In this post I want to give you my five sleeper picks for this upcoming season. You’re not going to find Mike Trout or Mookie Betts on this list. This is reserved only for guys that are getting drafted in late rounds or not getting drafted at all that I think can help you win your league.

Carter Kieboom, Shortstop, Washington Nationals
2019 minor league stats: .303 BA, 16 home runs and 79 RBIs in 412 at-bats
Kieboom is a player that can win your league for you. He has had a stellar minor league career and is a top-25 prospect in all of baseball. The thing that is keeping fantasy baseball managers from drafting Kieboom higher is that he struggled mightily last year in a short Major League call up to replace an injured Trea Turner. I think that this has scared a lot of people off, but don’t be a sheep that just follows the flock. Draft Kieboom and you will reap all of the rewards all season long. Let your buddy who thinks he has a funny last name draft him, and your ceiling in the league will be second place.

Isiah Kiner-Falefa, Catcher, Texas Rangers
2019 stats: .238 BA, 1 home run and 21 RBIs in 202 at-bats
The reason I love Kiner-Falefa this season is twofold. For staters, Kiner-Falefa hit just one home run last season but already had four in Spring Training before everything came to a halt. I know it’s just Spring Training but that has to count for something! News media and coaches around the league have noticed a difference in his swing this year which is generating more power. I’m going to make the prediction that he hits over .270 and has 20+ home runs (if the MLB plays a full season). That’s not bad for a late round pick in your draft. The other reason I love him is that even though he is designated as a catcher, the Rangers have already given some thought to making him the primary third baseman on the team this season because of his hot bat. If the Rangers do this, Kiner-Falefa will have a lot more playing time than the average catcher making him that much more valuable for your team. It also allows for some flexibility in your own lineup if he is designated at multiple positions.

Mike Ford, First Baseman, New York Yankees
2019 stats: .259 BA, 12 home runs and 25 RBIs in 143 at-bats
The Yankees have a logjam at first base, but Ford might be the best hitter the team has at that position. I think Ford is a great stash play because when he got the chances last year, he capitalized in a lot of big spots. If the Yankees see that and want to ride with him over Luke Voit, then the potential is there for a huge season. If he ends up getting packaged in a trade for a pitcher, then the potential remains just with a different ball club.

Wil Myers, Outfielder, San Diego Padres
2019 stats: .239 BA, 18 home runs and 53 RBIs in 435 at-bats
Myers won the AL Rookie of the Year award in 2013 with the Rays and then was named an All-Star in 2016 as a member of the Padres. He’s fallen out of favor a bit with the Padres the last two year and has totaled just 29 home runs combined. He should be back as a starter this year, and I think he’s going to find his power again. Don’t forget that stolen bases are a scoring category too, and Myers has 77 of those over the last 4 years. This is great value for a guy that is getting picked in the back half of most drafts.

Tyler O’Neill, Outfielder, St. Louis Cardinals
2019 stats: .262 BA, 5 home runs and 16 RBIs in 141 at-bats
His strikeout numbers are going to need to come down (hovering around 33% of his ABs end in Ks), but I love the power potential for this guy. He’s been up and down in the minors over the last two seasons, but in 413 minor league at-bats, he homers 39 times. That’s enough potential for me for a late round sleeper pick that might get you 25+ home runs.