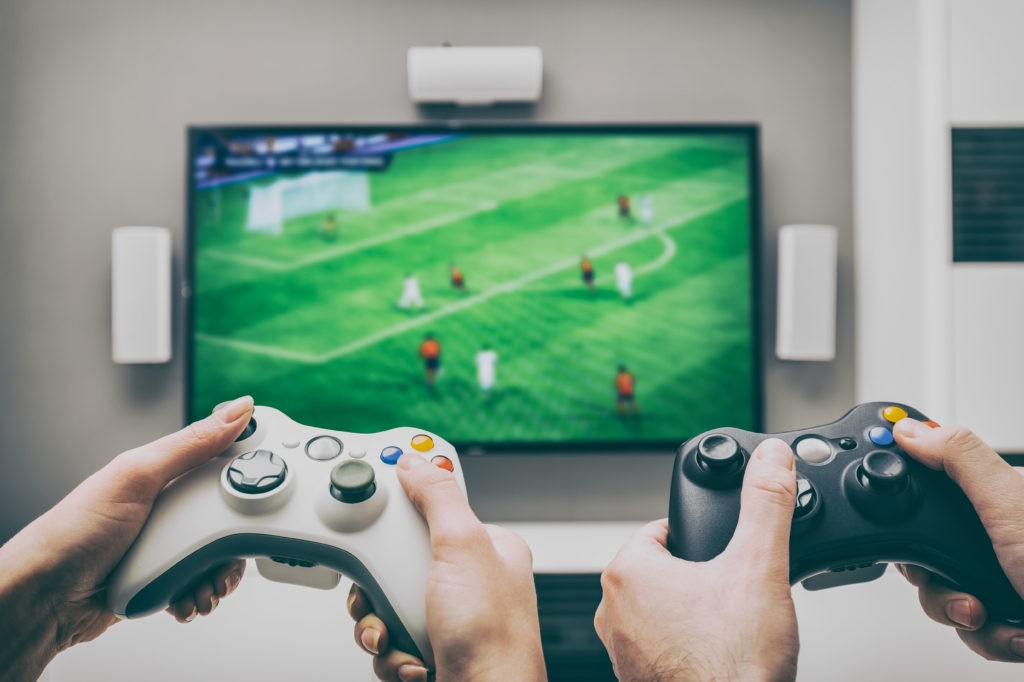 I love sports video games. Always have and always will. I’ve never been good at shooter games, and if you think I have the patience or attention span for any kind of open-world game then you really don’t know anything about me. Which, to be fair, you probably don’t. So let me give you a little peak behind the curtain into my world and go through my 10 favorite sports video games of all-time.

#1: NBA 2k11 (Xbox 360, PS3)
I would say numbers 2-5 and 6-10 can all be debated in terms of the order in which they are placed on this list. Number one simply cannot be. This is the greatest game of all time, and it still holds up to this day. The gameplay is fantastic, the graphics are surprisingly good for a game released in 2010, and the roster pool is the best in video game history. This game was released the year before the NBA lockout and featured players that hadn’t played a game in the league for 4-5 years in their free agent pool. Once the lockout hit, the creators cleaned up the rosters, and the series has never been the same. I highly recommend creating a team full of the worst players you can find and having a blast. Sun Yue and Oleksiy Pecherov are superstars both rated under a 57.

#2: ESPN Football 2k5 (Xbox)
I love Madden. I always have and always will. But ESPN Football 2k5 was the pinnacle of football video games. Don’t sit there and try to tell me that I’m using revisionist history on this because I played it two weeks ago, and it’s better than ever. This game was so ahead of its time and did things that the Madden franchise still hasn’t even dreamed of doing 15 years later. The franchise mode had Chris Berman hosting a weekly SportsCenter, Trey Wingo giving injury and free agent/trade updates, Mel Kiper Jr. hosting draft coverage, and Suzy Kolber giving detailed sideline reports. The “custom crib” was sick (and included mini games like air hockey and paper football), and you could challenge celebrities Jamie Kennedy, Steve-O, David Arquette, Funkmaster Flex, and Carmen Electra to games where they had record trash talk! Such a 2005 list, but what a blast. I haven’t even mentioned creating stadiums and jerseys and the great gameplay. What a game. Maybe my #2 spot on this list isn’t debatable either.

#3: Tiger Woods PGA Tour (Xbox, Xbox 360, PS2, PS3)
Okay, maybe this one is cheating to just put an entire series, but I really can’t differentiate these games. For the most part, they all play very similar with the biggest improvements coming with graphics and the addition of more course. The Tiger Woods PGA Tour games are just a great way to kick back and relax while playing 18 holes on courses that you’ll likely never even visit. Their attention to detail with these courses is great, and creating a player and take them through tournaments is a surprisingly good time. My only complaint with this series is that they did not transition over to the newer gaming consoles except for Rory McIlroy PGA Tour which is an abysmal excuse for a golf game.

#4: MLB The Show 20 (PS4)
Before you jump on me and call this a reactionary pick, I wanted to set the record straight and say that it’s not. MLB The Show is arguably the best sports video game franchise running currently and probably could take up seven or eight spots on this list. The best part about switching back to the PlayStation from Xbox about seven years ago was being able to this wonderful franchise again. The Show 20 is the best iteration of the game because they’ve finally included minor league rosters! This is huge and what the fans of the franchise have been asking for since the beginning of time. The gameplay is excellent AND I get to use Tim Tebow? Sign me up.

#5: NBA 2k14 (Xbox One, PS4)
There’s not a person on the planet that could beat me at this game. I won a 40-person NBA 2k14 tournament in college using the Charlotte Bobcats. You could throw a blindfold on me, and I’d still beat you. It’s just like second nature to me. The last time the 2k franchise was any fun was 2k15, but I think it hit its post-2k11 peak with this game released in 2013.

#6: NHL 04 (Xbox, PS2)
Don’t get me wrong, the newer versions of the NHL franchise are great. I’ve spent countless hours playing and loving the new games. But, that being said, there is something special about NHL 04. I don’t know if it is because I’m a Devils fan and love the roster or if its because they did such a great job blending simplicity and intricacy. The hits are fluid, the passes are crisp, and the goals are smooth. Did I mention how fun (and often) the fights were? The franchise mode was great in this game, and it was one of the first in the NHL franchise to start adding elite European Leagues.

#7: ATV Offroad Fury (PS2)
I got this game for free when I got my PS2, and I probably played it more than any other game I owned. The races were great, but the real beauty of this game was exploring the park to find the best glitches. My personal favorite was hitting the end of the map and being thrown back hundreds of feet in the air. But riding on top of trains only to be sucked underneath for miles was pretty awesome too. This was a great shut-off-your-brain type of game that didn’t involve a lot of skill or effort.

#8: Fight Night Round 4 (Xbox 360, PS3)
With Muhammad Ali and Mike Tyson on the cover and Joe Tessitore on the call, this game brought the fire power. It was the first iteration of the Fight Night franchise to include Mike Tyson, and letting him square off among other all-time great heavyweights is one of the most fun things you can do in any video game. This is a close to perfect boxing game that still holds up 11 years after its initial release. I never went too deep into any of the extra modes on this game, but it has consumed hours of my life playing against both my dad and my friends. We all leave each session with real-life injuries of sore thumbs because this entire game revolves around the joysticks.

#9: UFC 3 (Xbox One, PS4)
Single Player, Online, and Career Mode are all well above average for this game. It’s a ton of fun to play especially once you start learning specific moves and boosting up your player in Career Mode. The graphics are fantastic and the mat is left bloody at the end of the night. I don’t have a lot to say about this game, so watch the video below for some of the best knockouts.

#10: SSX Tricky (Xbox, PS2)
This is a snowboarding game that’s essentially built around the song “It’s Tricky” by Run DMC. It just plays and plays and plays, and you know what? It’s fantastic. Every time I pull off a “Tricky Trick” and the song starts playing, I get pumped. This is such a fun game with great modes and great level-ups for each rider. The SSX franchise as a whole is pretty fantastic, but you really can’t beat this Run DMC branded game.