Who’s Going To Beat The Chiefs? 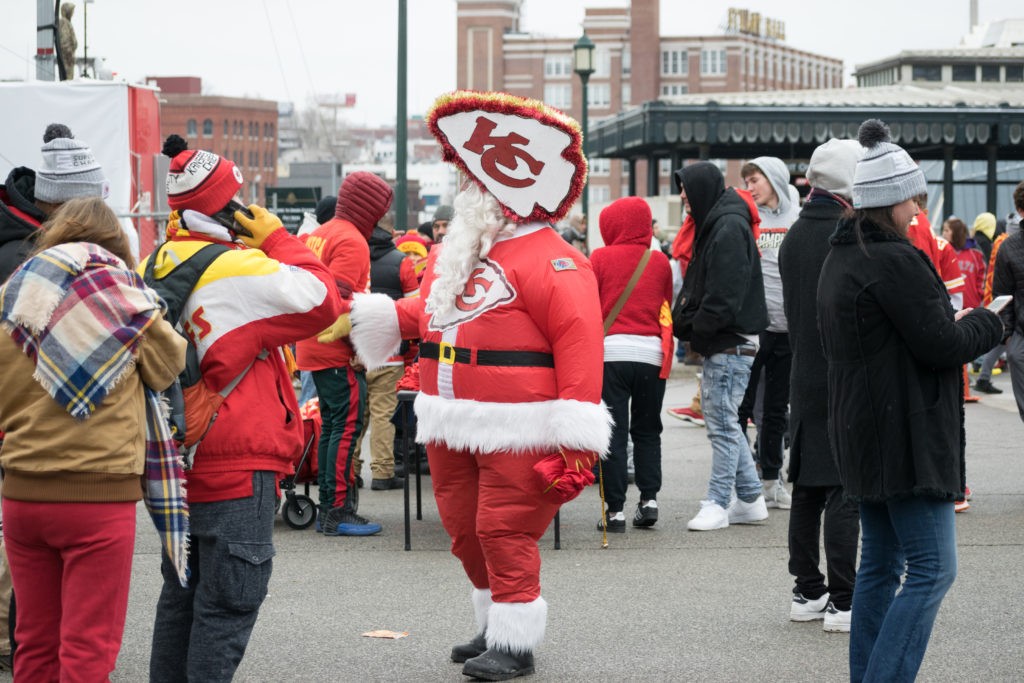 I know people are going to read that headline and immediately want to tell me that the Chiefs already lost a game this year, 40-32 to the Las Vegas Raiders. And I know that they’ve had close wins against the Chargers, Panthers, and Raiders. They’ll also probably lose another game or two over their final six as they prepare for the playoffs against some top level opponents. But with all of that in mind, is there anybody that really believes this team is going to lose in the playoffs?

I just don’t know who is going to beat the Chiefs in January or February this year. This team is STACKED and, I think, better than they were last season when they won the Super Bowl. Quarterback Patrick Mahomes looks like he’s on his way to another unanimous MVP as he has 3,035 yards, 27 touchdowns, and just 2 interceptions through 10 games this season. He is playing on a super human level right now, and it doesn’t look like there’s a defense in the league that can stop him. I know how good the Steelers defense is, and I know that there’s a good chance they’ll end up with home field advantage in the AFC, but remember how good the 49ers defense was in 2019? They even shut Mahomes down for the first three quarters of the Super Bowl. In the end, though, it didn’t matter because Mahomes and these Chiefs are just that good.

There has always been debate around the NFL about skill position players that put up huge numbers while playing with great quarterbacks. How good really were Marvin Harrison and Eric Decker and others that had the benefit of playing with Peyton Manning? What about Greg Jennings? What would he have been without Aaron Rodgers? And while this might be a valid question for some players on the Chiefs like Byron Pringle and Mecole Hardman, the argument just doesn’t hold up for the top flight players who were succeeding on the team before Mahomes even got there.

Tyreek Hill, a top-10 receiver in the NFL, is well on his way to his third 1,000+ yard season in the past four years. Hill is a burner who can take the top off of any defense, but the thing that has been the most impressive about this season is his intermediate route running. His yards per reception of 13.7 is good for just 37th in the NFL when he finished in the top-20 each of the last two seasons. But his stats are actually better and more consistent this year. He’s sitting at 55 catches for 752 yards and 10 touchdowns, which is good for second in the league.

Obviously defenses have to key on stopping a guy like Hill, so what options does that leave Mahomes? Not much…except his All-Pro tight end Travis Kelce. Kelce has had over 1,000 yards in every season since 2016, and he is currently sitting third in the NFL with 896 yards this season. That’s not third amongst tight ends, that’s third amongst all receivers, just 16 yards behind DeAndre Hopkins in the top spot. If he can gain 482 yards over his next six games, Kelce will break the NFL’s single-season receiving record for a tight end, which was set by George Kittle in 2018. Oh, and Kelce has seven touchdowns through 10 games, including the game winning score last night against the Raiders.

The Chiefs obviously have an incredible passing attack, but they can also run it all over teams when they want. Their two-headed attack of Clyde Edwards-Helaire and Le’Veon Bell would be enough on it’s own to give defenses nightmares. Combining it with this passing game is almost unfair. Ten games into his rookie season, Edwards-Helaire is sitting at seventh in the league with 655 yards rushing, which include a 168 yard performance against the Bills. Meanwhile, Bell hasn’t completely found his footing with the team, but he is making his presence known despite getting just 8-10 touches a game. To have an explosive back like that behind such a dynamic rookie is a huge advantage for Andy Reid and his offense.

But enough about the offense, defense wins games too. While even the biggest Chiefs fan would be forced to admit that they aren’t watching the ’85 Bears defense on a weekly basis, this is a team that is more than competent on that side of the ball. They’re top-10 in the league in both points per game and passing yards allowed per game. Their rushing defense is near the bottom of the pack, but, for the most part, they’re able to hide that weakness with their explosive offense. Running the ball consistently is not going to be a winning formula against this Chiefs team that can score so quickly. Clock management and field goals don’t beat the Chiefs. Shut down defense and touchdowns do. I just don’t think that’s going to be possible this year.

All in all, this Chiefs team has the chance to become an overnight dynasty. They were a Dee Ford offsides call away from being in the Super Bowl in 2018, they won the Super Bowl last year, and they seem like they’re on the same track to do it again this year. I could be wrong, but I think we’ll be spending another Sunday in early February watching Patrick Mahomes raise the Lombardi Trophy.