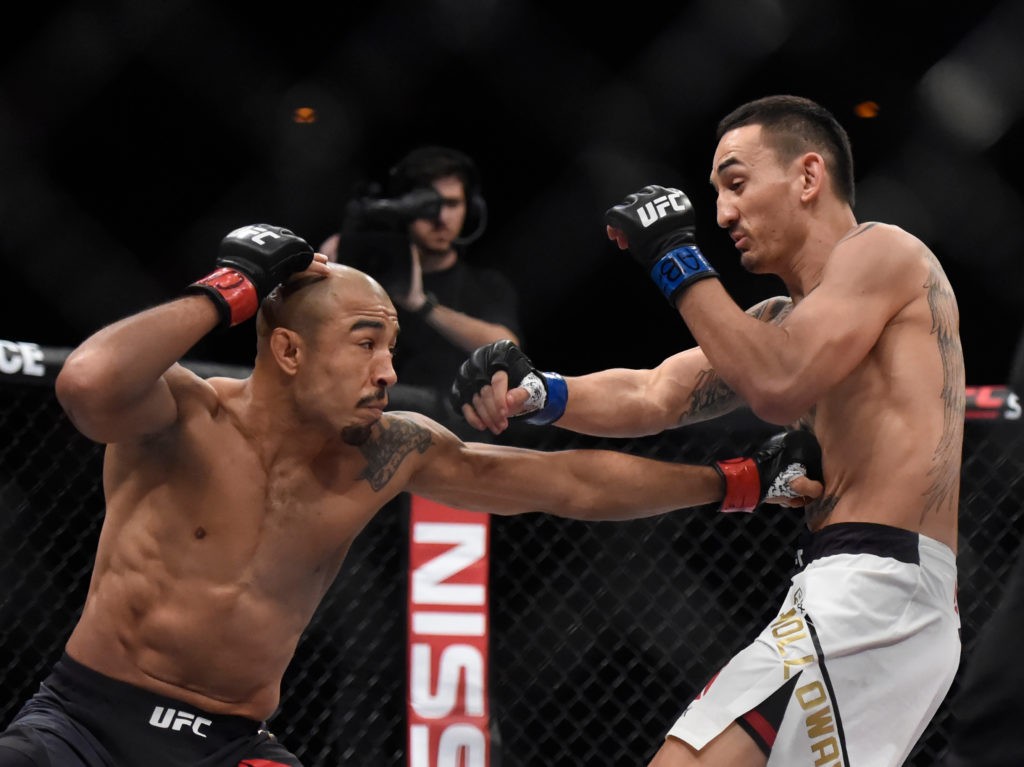 Have you bought the PPV yet for UFC 251 tomorrow night? I just did (not to brag), and I couldn’t be more excited. It’s an electric card with THREE title fights which is almost unheard of. It’s also the first card taking place on Dana White’s “Fight Island.” For all you nerds out there who thought they were going to be actually fighting on the beach, you’re dumb. The cool thing about “Fight Island” is that you get to call it that AND they will be starting the main card at 6am local time which is kind of stupid but also kind of awesome. Let’s take a look at what to expect for the main card and one big fight to watch on the undercard.

Welterweight Championship: (c) Kamaru Usman (16-1) vs. Jorge Masvidal (35-13)
Kamaru Usman is a scary scary man. He’s a great mix of trash talk and strength. He can mentally overwhelm you over an entire press tour and then overwhelm you in the ring with his power punches and strong wrestling moves. This is going to be a tough one for Masvidal who is stepping in on one week’s notice for the previously scheduled Gilbert Burns. As Dustin Poirier said though, Masvidal is always ready because he never stops training. He’s a fantastic fighter that is always a tough matchup for his opponent and brings the same kind of swag that Usman does to each fight. Unfortunately for Masvidal though, he’s just not a good enough wrestler to keep up with Usman’s attacks. I think this one will go the distance, but Usman will win by unanimous decision.

Featherweight Championship: (c) Alexander Volkanovski (21-1) vs. Max Holloway (21-5)
When Alexander Volkanovski defeated Max Holloway last year, it was arguably the biggest upset of 2019. Volkanovski destroyed Holloway’s lead leg with a flurry of low kicks right out of the gate. It was a fight game planned to perfection and kept Holloway from mounting any kind of significant attack until the later rounds. I think it’s going to go differently this time around. Holloway has always been great at adapting his style to his opponents, and Volkanovski won’t be able to just attack the legs to win again. Even though Max did his entire training camp via Zoom, I’m predicting Holloway by split decision in a very close fight that will set up a very highly anticipated round 3.

Bantamweight Championship: Petr Yan (14-1) vs. Jose Aldo (28-6)
I love Jose Aldo. He’s one of the original GOATs of the sport and deserves all of the respect and praise he’s ever received. He’s a brawler and doesn’t want to get on the ground. Neither does Petr Yan which sets up a really tough matchup for the former champ. These guys are going to be throwing power punches at each other all fight, but I don’t think that Aldo is going to be able to keep up with Yan’s pace. This vacant title fight could be Aldo’s last chance at getting a belt, but the odds are swinging heavily in the other direction. Yan is going to win this one by KO in the second round.

Strawweight: Rose Namajunas (9-4) vs. Jessica Andrade (20-7)
The first time Rose Namajunas and Jessica Andrade fought, Namajunas won the fight from the start until about 10 seconds before the finish when Andrade pulled a move out of nowhere for the KO. It was pretty remarkable to watch, but Andrade was overmatched in that fight. She didn’t get lucky because she is a great fighter, but she can’t count on that type of fight swinging in her favor again. I think this one will go the distance, and Namajunas will win by unanimous decision.

Flyweight: Amanda Ribas (9-1) vs. Paige VanZant (8-4)
This fight is the first one in the flyweight division for Amanda Ribas. She moved up to 125lbs from the strawweight division, and that is the only red flag going in. She is the far superior fighter to Paige VanZant who is not a particularly strong distance striker, wrestler, or technical fighter. VanZant relies on the clinch to cause damage, but Ribas is too good to fall into it. I’m expecting Ribas to win early and easy. Give me Ribas in a first round submission.

Undercard Fight to Watch: Muslim Salikhov (16-2) vs. Elizeu Zaleski dos Santos (22-6)
Neither of this fighters like to let their matches go to decision. Salikhov has had just two of his 18 career fights last the distance, and dos Santos has had just eight in 28 career fights. These guys are going to attack hard and early which is good for everybody. Salikhov is going to have a repeat of his performance in UFC 242 and knockout dos Santos. I’m predicting a Salikhov KO in the second round.