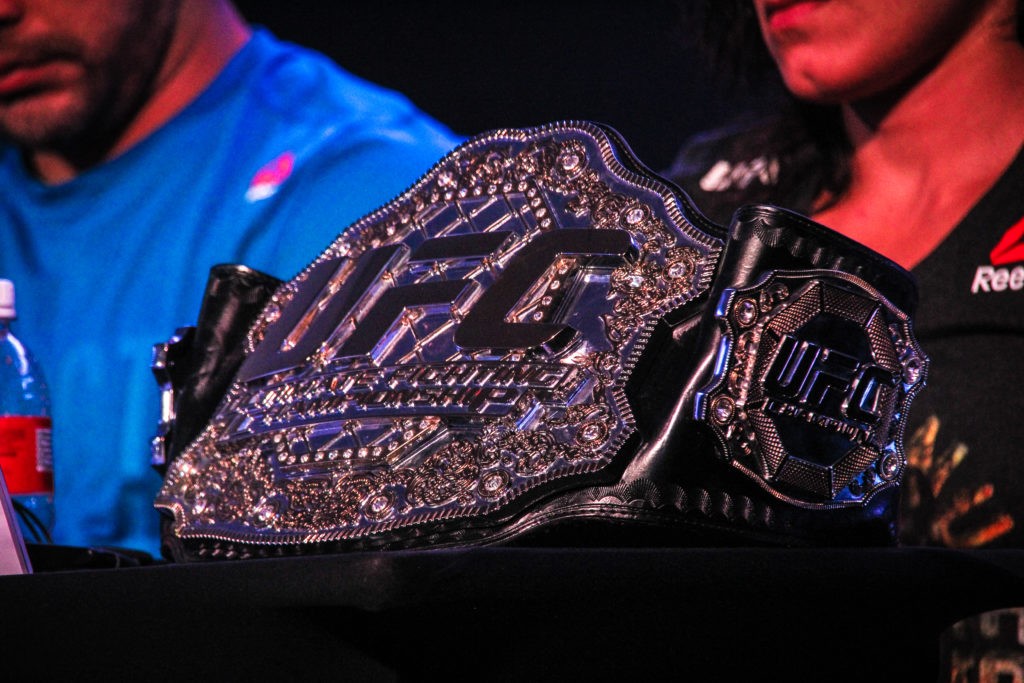 I am PUMPED to have some real sports back to watch this weekend. The last weekend of live sports I watched was probably UFC 248 in early March (which sucked besides the Joanna Jedrzejczyk fight, by the way), and that is just way to long to go without them. Two months! Absolute craziness. I can’t wait for tomorrow night, so I am giving my preview and prediction for each of the five fights on the main card and the Cerrone fight on the prelim card as well. Let’s get started with The Cowboy.

Donald Cerrone (+130) vs. Anthony Pettis (-160)
The first time these two fighters met was all the way back in January of 2013. Anthony Pettis (22-10) defeated Donald “Cowboy” Cerrone (36-14) in the first round as both fighters were kicking off their UFC careers. Fast forward seven years, and you have two fighters who are on the tail end of their respective careers. Pettis has been splitting time between welterweight and lightweight and has lost his last two fights relatively decisively. Cerrone is arguably the more interesting story entering this fight as he has lost three in a row, but his last fight was a main event bout against Conor McGregor. Now, less than five months later, “Cowboy” has dropped to the prelim card. That shouldn’t change up his fight style or motivation at all though, and he and Pettis can both always be counted on to put on a great show in the octagon. I am taking Cerrone in this one as he makes his case to be added to the main card for his next fight.

Greg Hardy (-205) vs. Yorgan De Castro (+165)
Greg Hardy (5-2) has to win this fight, plain and simple. He has technically won all of his fights so far but was disqualified for an illegal knee in one fight and then for using an inhaler in another. Dana White needs this big name to win on the big stage otherwise Hardy’s UFC career might be over before it started. I expect him to demolish the 6-0 De Castro in this fight and continue to move up the heavyweight ranks.

Calvin Kattar (-285) vs. Jeremy Stephens (+225)
On a personal level, Jeremy Stephens (28-17) used to be my favorite player to control in the UFC video game, so it hurts to see him as a heavy underdog. He has become somewhat of the “Donald Cerrone of the featherweight division” in recent years as he is a durable and dangerous veteran that truly has a chance to beat any fighter on any night. One of the great things about any Stephens match is that he can take punch after punch and just keep coming back for more. At this point though, despite losing his last match in Moscow, Calvin Kattar (20-4) is just the better fighter from both a technical and power standpoint. Kattar is going to end this one quickly tomorrow night.

Francis Ngannou (-285) vs. Jairzinho Rozenstruik (+225)
This has real potential to end up the fight of the night tomorrow as the top two heavyweight contenders in the world square off in the octagon. The fight was originally supposed to take place in March as a five-round bout but was moved to a three-round fight to fit it on Saturday night’s card. It shouldn’t matter much though as both fighters are masters at the quick knockout. Francis Ngannou (14-3) has won his last three fights over Curtis Blayds, Cain Velasquez, and Junior Dos Santos in a combined 142 seconds. For his part, Jairzinho Rozenstruik (10-0) started his UFC career in 2019 with four stoppage wins in 11 months. And now Rozenstruik will face his contemporary quick fight master, but is it too soon? I think so. As good of a fighter as he is, I expect Ngannou to win this battle in the first or second round. That being said, I’m already looking forward to the rematch.

Henry Cejudo (-210) vs. Dominick Cruz (+170)
This Bantamweight title fight was originally supposed to feature Jose Aldo but, much like the main event, was upended by COVID-19. Now, Henry Cejudo (15-2) will take on Aldo’s replacement Dominick Cruz (22-2) in a five-round title fight on Saturday. Cruz hasn’t stepped in the octagon since 2016 when he lost UFC 207’s co-main event to Cody Garbrandt. Despite injuries derailing his career, Cruz is considered one of the UFC greats and can solidify that claim if he takes hold of his third title belt against Cejudo. This will be no easy task though as Cejudo enters the bought on a five-fight winning streak and is the current Bantamweight champion in the UFC. Despite his past history of returning to the octagon and winning back his belt, Cruz is going to fall in this one to Cejudo.

Main Event: Tony Ferguson (-210) vs. Justin Gaethje (+170)
Tony Ferguson (26-3) is an animal in and out of the octagon. The 36-year-old hasn’t lost a fight in eight years, and, much like Jeremy Stephens, he can absorb punches better than almost any other fighter in his division. Ferguson was originally scheduled to fight Khabib Nurmagomedov in April before COVID-19 laid out other plans, yet Ferguson still made weight three weeks ago for the fight that didn’t take place. That’s the kind of mental tenacity he possesses. But will the change in schedule throw off Ferguson for this fight? That is going to be the biggest question as Justin Gaethje, Nurmagomedov’s replacement, has now had a full camp instead of the two weeks for the originally scheduled fight to prepare for this match. While Ferguson could potentially be over-trained, Gaethje is right in the sweet spot of training. Gaethje has won his last three fights on first-round stoppages. This is going to be a wildly entertaining fight as these are two of the best two watch in the entire UFC. I think this fight goes the full five rounds, and I think Gaethje walks away with the Interim Lightweight Belt at the end of it.

Click here to get all of your sports betting questions answered and to read our online sports book reviews.