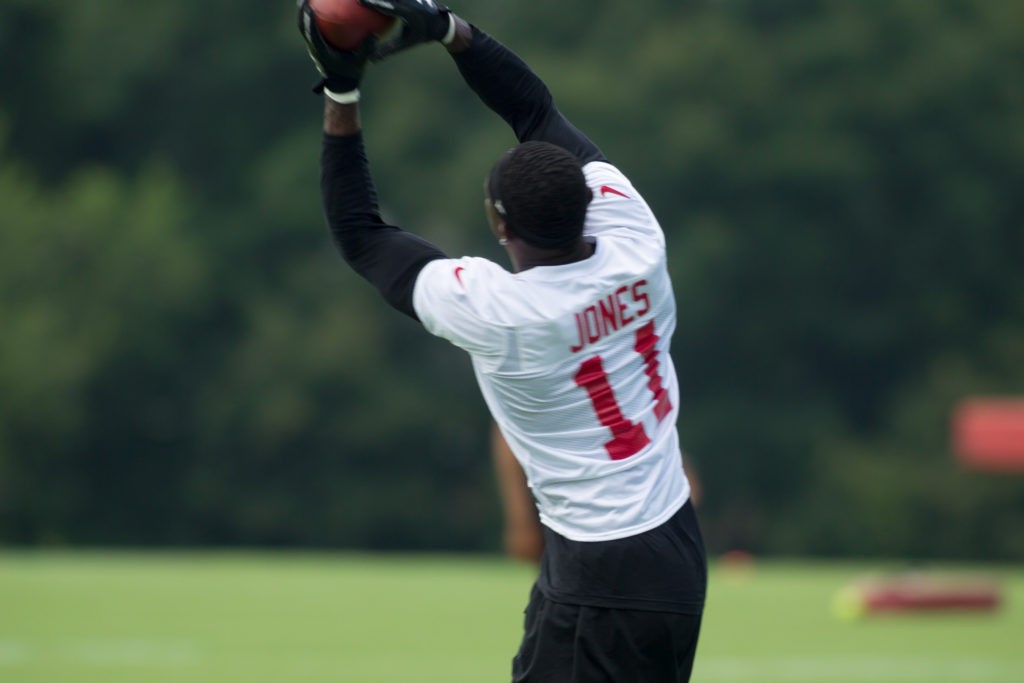 #1: Michael Thomas, New Orleans Saints
Last year, Michael Thomas had the greatest fantasy season that I can ever remember for a receiver. He had 300 fantasy points and was basically the top scorer every single week. Thomas had nine games last year with 10 catches or more and 10 games over 100 yards. He also scored a touchdown in half of his games last season. Thomas set a record for most catches in a season last year with 149, so he is basically the king of PPR. He has to be a top 5 pick in every 2020 league.
2019 stats: 149 receptions for 1,725 yards and 9 TDs

#2 Davante Adams, Green Bay Packers
Aside from Thomas, I’m not very high on many wide receivers this year. After him they all feel like they fit into a tight pack. Adams is the best of that pack (no Green Bay pun intended). I know that there are legitimate concerns about Matt LaFleur’s offense and if he actually wants to pass the ball, but, when he does, the majority of the time it will be headed in Davante’s direction. In the 12 games he played last year, he had fewer than 9 targets in just four of them and fewer than 8 in just two.
2019 stats: 83 receptions for 997 yards and 5 TDs

#3: Tyreek Hill, Kansas City Chiefs
The problem with Tyreek Hill is that he plays in a Chiefs offense that loves to spread the ball around to all of their offensive weapons. That being said, there only two games last season where Hill was targeted fewer than 5 times, and he had to leave one of those games early with an injury. While games like week 10’s 19 targets aren’t likely to happen too often, an expectation of 8-10 per week is usually very realistic. And when Mahomes targets Hill, they usually connect. I like Hill to have a very successful 2020 season.
2019 stats: 58 receptions for 860 yards and 7 TDs

#4: DeAndre Hopkins, Arizona Cardinals
DeAndre Hopkins was one of the most reliable fantasy options on a yearly basis during his time with the Texans. He missed just two games over his seven season in Houston and was targeted fewer than 100 times in only his rookie year. I understand that there are concerns about Hopkins moving to a new system this year with a young quarterback, but this is a guy who had elite fantasy years with Brandon Weeden, TJ Yates, Matt Schaub, and a litany of others. Kyler Murray is exponentially better than those guys, so I expect Hopkins to still perform at a very high rate this year.
2019 stats: 104 receptions for 1,165 yards and 7 TDs

#5: Julio Jones, Atlanta Falcons
It seems like Julio Jones is still somehow underrated, especially in the fantasy community. Jones hasn’t had a season with fewer than 1,300 receiving yards since 2013…a year in which played just five games and was averaging 116 yards/game. I know that the touchdowns are concerning, but his number of catches and yards more than make up for it. Jones is going to be playing with a motivated Matt Ryan and Falcons team that is going to compete in this year’s NFC South. I have him listed as my #5 receiver, but there’s a real chance he could be #1 by the end of the year if they find a way to get him more involved in the red zone.
2019 stats: 99 receptions for 1,394 yards and 6 TDs

#6: Mike Evans, Tampa Bay Buccaneers
Mike Evans has had somewhat of a rollercoaster career on a weekly basis, but a lot of that was due to playing with Jameis Winston…you know, the guy who threw 30 INTs last season. Evans now has the greatest quarterback of all time throwing him the ball, and his offensive numbers should explode. Evans had just three games last season over 100 yards receiving (all over 180) but still managed to notch his sixth straight 1,000 yard campaign. For those keeping track, that’s all six seasons that he’s been in the league. With more consistent quarterback play in 2020, Evans should be a no-brainer draft choice as a WR1.
2019 stats: 67 receptions for 1,157 yards and 8 TDs

#7: Chris Godwin, Tampa Bay Buccaneers
Chris Godwin shocked a lot of people last season by putting together a fantasy campaign that ended with 233 points compared to his counterpart’s (Evans) 199. Godwin saw fewer than six targets just once last year in 14 games played, and he eclipsed the 100 yard receiving mark on six different occasions. Much like Evans, Godwin should see an increase in his numbers this year with a Hall of Fame quarterback and a coach that loves to throw the ball as much as possible.
2019 stats: 86 receptions for 1,333 yards and 9 TDs

#8: Adam Thielen, Minnesota Vikings
Coming off a 2018 season of 113 receptions for 1,373 yards and 9 TDs, last year’s campaign that had just 30 catches for 418 yards was a major disappointment. Thielen missed six games due to injury last year and had another two where he played fewer than 15% of his team’s offensive snaps. Combine all of that with a game where he played just 50% of the snaps, and Theilen’s season was a huge bust. From all reports his is healthy and ready to go this year which makes him a bit of a boom-or-bust candidate as his fantasy owners will hope for a similar output to what they saw in 2018.
2019 stats: 30 receptions for 418 yards and 6 TDs

#9: Kenny Golladay, Detroit Lions
As his fantasy owners found out last season, Kenny Golladay can be really rewarding and help lead you to victory on certain weeks and really disappointing on others. He had five games last season with 115+ yards receiving and scored a touchdown in over half of his games last year. However, he also had two weeks with just one catch, one week with two catches, and three weeks with just three catches. If you can afford a boom-or-bust receiver on your roster, there’s none better than Kenny Golladay. Just be prepared for his quiet weeks as well.
2019 stats: 65 receptions for 1,190 yards and 11 TDs

#10: JuJu Smith-Schuster, Pittsburgh Steelers
Due to JuJu’s injuries and the Steelers playing a fourth string quarterback for the majority of 2019, Smith-Schuster finished with a very disappointing season that saw him finish with fewer than 100 points. But Big Ben is back, and that should mean better days for JuJu. In 2018, Smith-Schuster was target 10+ times in 10 different games and had 100+ receiving yards 8 times. The Steelers did have Antonio Brown that season which allowed Smith-Schuster to be somewhat of a secondary option, but that kind of chemistry should still be able to carry into this year. If everyone can stay healthy, this could end up being a very big year for JuJu Smitch-Schuster.
2019 stats: 42 receptions for 552 yards and 3 TDs