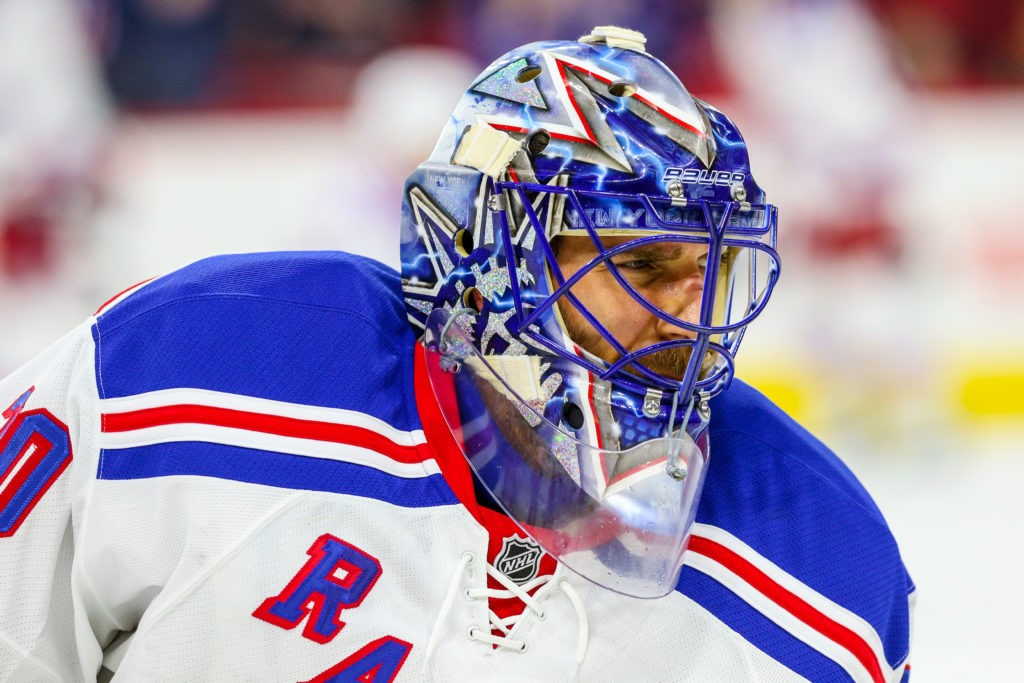 The NHL playoffs are starting up on Saturday after nearly five months of inactivity. Basically everything that happened before the COVID shutdown is irrelevant because who knows what these teams are going to look like. I’d expect really fast first periods and really slow third periods as the players exhaustion levels rise up. But what do I know? I just sit behind a computer in my tiny apartment and make guesses at what these professional athletes have been up to during this pandemic. Anyway, I’m excited for the restart. I’ll be previewing each matchup in the Eastern Conference First Round today and the Western Conference tomorrow.

If you’re unfamiliar with the format of the NHL’s playoffs upon restart, I broke down the whole thing here. The summary for the first round is that seeds 5 through 12 in each conference will play a Best-of-Five series to advance to the second round. Seeds 1 through 4 were given byes through to the second round but will play in a round robin style tournament to determine seeding for the rest of the playoffs.

#5 Pittsburgh Penguins vs. #12 Montreal Canadiens
I’m not sure that there is a team that benefitted more from the COVID delay than the Penguins. They struggled with injuries all season and played just two periods with a fully healthy lineup. It seemed like every time a key piece would come back from injury another would get injured the next day. Now they’ve had close to five months off to completely prepare for this wild postseason. The Canadiens, on the other hand, benefitted from the restart simply because it meant that they at least have a chance to make a run in the playoffs. This is not a very good team. They sold some of their best players at the trade deadline to focus on building up the younger talent on their team. The Penguins have great depth at both the forward and defensive positions with guys like Jake Guentzel, Kris Letang, Brian Dumoulin, Josh Marino, Patrick Marleau, and Patric Hornqvist to back up Sidney Crosby and Evgeni Malkin. Marleau and Hornqvist have a combined 252 playoff appearances, and they are on the third line! The goaltending is about an even split between Pittsburgh’s Matt Murray and Montreal’s Carey Price which might mean that the Habs can steal one of these games behind a hot goalie. But, other than that, I don’t think that this Canadiens team has the depth to keep up with the Penguins. Those round robin games are going to be very important as the teams will look to avoid ending up in that #4 seed and having to face this healthy and hungry Pens team in the second round.
Series Prediction: Penguins in 3

#6 Carolina Hurricanes vs. #11 New York Rangers
This series feels unlucky for both teams. For the Rangers, they were arguably the hottest team in the NHL heading into the shutdown. Yes, they were in 11th place, but the point differential was marginal, and they had a great chance to push for a playoff spot. It seemed like everything was clicking for them, so the big question is going to be whether or not they can regain their form. For the Hurricanes, this is an unlucky draw because they likely would have rather faced any other team in the Eastern Conference. They have good young talent but were owned by the Rangers in a season series that saw them get swept in four games. The Hurricanes have the advantage here in terms of forward depth and defensive presence. Their top line of Teravainen, Aho, and Svechnikov is young, fast, and excellent and they have a much stronger third and fourth line than the Rangers. The Hurricanes defense also excels with Sami Vatanen, Jaccob Slavin, and a now healthy Dougie Hamilton. The Rangers, on the other hand, allow 34 shots per game and keep their goaltenders busy. On offense, they have an MVP candidate in Artemi Panarin as well as strong top line players Mika Zibanejad, Chris Kreider, Ryan Strome, and Pavel Buchnevich, but their depth beyond that is laughable for a playoff team. Luckily for the Rangers this series, as most playoff series do, is going to come down to goaltending, which the Rangers have plenty of. They will start the dazzling, young rookie Igor Shesterkin, but if he gets into trouble, the Rangers have the best backup goalie in the league with Henrik Lundqvist. AND, if either of them get hurt, New York can always turn to Alexandar Georgiev. There’s not a group of goalies I’d rather have heading into the playoffs. For Carolina, the pairing of Petr Mrazek and James Reimer doesn’t inspire confidence. This is going to be a close series that the Rangers will win thanks to their superior goaltendings.
Series Prediction: Rangers in 5

#7 New York Islanders vs. #10 Florida Panthers
This might be the most intriguing series in the entire first round. The Islanders weren’t expected to be great this season but got off to a hot start and played well above league average for the majority of the year until they lost their final seven games of the regular and looked to be sliding out of the playoffs before the season paused. The Panthers were in a similar position as the team began to fall apart near the end and lost 12 of their last 18 games. Now, both teams have had a good, long break and hopefully were able to get a good mental reset. Under Joel Quenneville, the Panthers were able to turn themselves into one of the best offensive teams in the NHL. The team has great offensive depth with five 20+ goal scorers. The Islanders, in contrast, had just one player, center Mathew Barzal, with more than 54 points on the season. Their defense, however, is a top-5 unit in the league. Under coach Barry Trotz, the Islanders were able to transform the way they play hockey and become a defense-first team. So, it’s a classic case of great offense against great defense that could turn into a complete grind for both teams. As I said about the Hurricanes/Rangers, goaltending is typically what ends up winning you a playoff series. The Islanders have two solid options with Semyon Varlamov and Thomas Greiss that will allow Trotz the freedom to use them as he sees best fit. For the Panthers, they have a huge wild card in net with Sergei Bobrovsky. After Bobrovsky’s success with the Blue Jackets, including helping to shutdown the record breaking Lightning in the playoffs last year, he signed a huge free agent contract with the Panthers that has yet to pay dividends. He was shaky all season with the team and had a lot of fans questioning their expensive purchase. But, with all of this time off and the chance to play without fans in the crowd, I think Bobrovsky is going to shine in this series. The Islanders offense, which already struggles to score, is going to have a tough time getting the puck past this intimidating presence in the net.
Series Prediction: Panthers in 4

#8 Toronto Maple Leafs vs. #9 Columbus Blue Jackets
Was there a more disappointing team this year than the Toronto Maple Leafs? On paper, they have all the talent to be one of the best teams in the league, but instead they were relegated to the middle of the pack. The Leafs suffered through injuries, inconsistent play, and a Mike Babcock firing to get to where they are right now. Luckily for them, they had a long mental break, and they will be getting to play all of their games in the playoffs on home ice (for whatever that’s worth with no fans). On the other side of the matchup, the Blue Jackets were one of the most surprising teams this year. After losing both Panarin and Bobrovsky in free agency, no one expecting this team to do much of anything this season. But, because John Tortorella is one of the best coaches in the league especially when his team is overlooked, that didn’t happen, and the Blue Jackets fought hard all year. Yes, they were on the outside looking in when the shutdown happened, but this team showed some good potential to create problems in the playoffs. The Leafs have one of the best first lines in the NHL with William Nylander, Auston Matthews, and Zach Hyman, and their second line of Ilya Mikheyev, John Tavares, and Mitch Marner could be the top line on a lot of other teams. The Blue Jackets can’t match that kind of offensive fire power. But what does every Tortorella coached team excel at? Defense and goaltending. The Blue Jackets top defensive line of Seth Jones and Zach Werenski is one of the best in the NHL, and I’d take their goaltending tandem of Joonas Korpisalo and Elvis Merzlikins over the Leafs Frederik Andersen and Jack Campbell any day. When matchups are this close, I’m always going to take the better goalies and the better coach, and I think Columbus claims both. This series will be close, but it’ll be another early exit on home ice for the Maple Leafs this year.
Series Prediction: Blue Jackets in 5