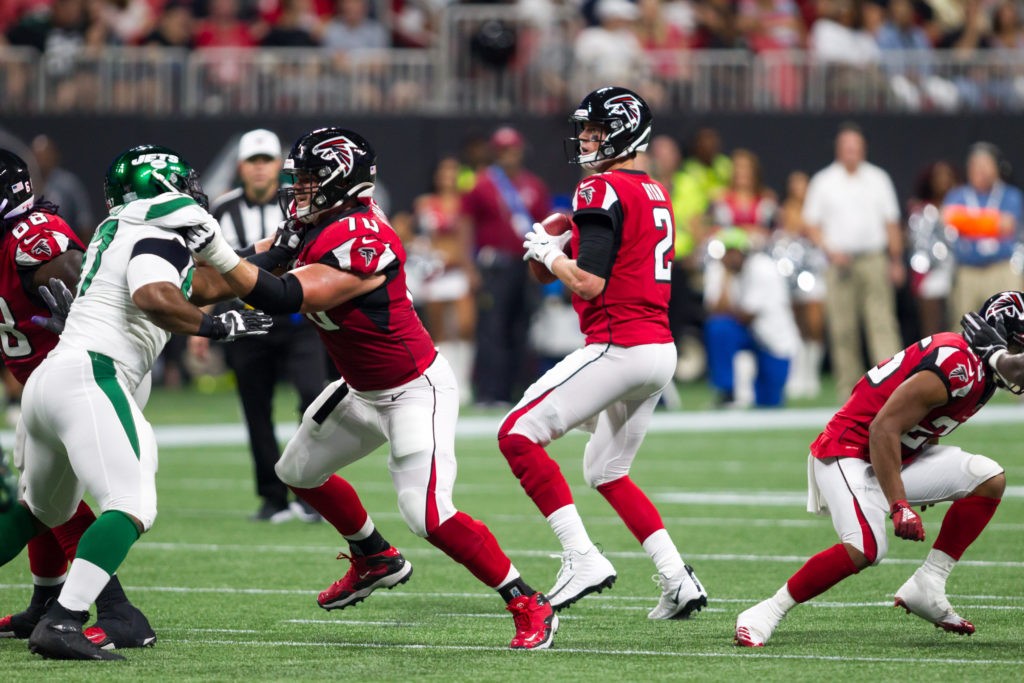 All of the odds in this article are coming directly from Fox Bet, but you can use the link at the bottom of the article to see your other sports betting site options.

I did this with the AFC teams earlier in the week, so it only felt right to put together the best bets for the NFC Wild Card race in 2020. The NFC is interesting because there are not as many clear cut division winners/contenders as there were in the AFC. (That’s basically my way of saying that it’s going to be harder to predict, so I have a built in excuse when I’m completely wrong.) Keep in mind that there will be three Wild Card teams in each league this year instead of the traditional two, and this is not a strictly playoffs bet. You can lose if the team you’ve placed money on wins its division.

Safest Bets: Seattle Seahawks +175, Tampa Bay Buccaneers +200
I don’t see a world in which the somehow improved 49ers are losing the NFC West this year, so I think we can take the Seahawks out of the equation for that. I know everyone is really high on the Cardinals this year (myself included), but remember that there will actually be three Wild Card teams which makes it possible to have both the Cardinals and the Seahawks in the playoffs. So, if the Seahawks aren’t winning the division but do make the playoffs, the Wild Card is the only spot for them. Basically all the same logic applies to the Bucs for me. I think they’re going to be a good team but not a great one. The NFC South is the Saints to lose at this point, so I really like the Bucs sliding into that Wild Card spot.

Riskiest Bets: San Francisco 49ers +210, Los Angeles Rams +220, New Orleans Saints +225, Green Bay Packers +340
The 49ers, Saints, and Packers are by no means locks to win their respective divisions, but I think calling them the favorites is a fair assessment. The Saints and 49ers don’t offer enough financial upside to bet against them winning the division, and that Packers defense coupled with Aaron Rodgers seems too good. As for the Rams, are they actually good? I know they’ve had success under McVay, but they looked BAD last year, and they’ve only gotten worse. It’s hard to picture them making some miraculous turnaround in a strange offseason. They’re too risky for me especially at only +220.

Best Bets: Minnesota Vikings +320, Atlanta Falcons +333, Arizona Cardinals +350, Chicago Bears +400
I mentioned it above, but I LOVE the Cardinals. They’re going to be really good this year, and I think they have a great shot at grabbing a Wild Card berth. The Falcons have become somewhat of a forgotten team in the NFC South, but they went 6-2 in their final 8 games of 2019 and showed great improvements from the start of the year. The offense was firing on all cylinders, and that defense definitely improved this offseason. Then, in the NFC Central, I wouldn’t say I love the Vikings or Bears, but they both have legitimate playoff potential, and they’re both at high enough odds that you could win some real money on them. If I had to choose one team, it’d be the Bears, but either one is a fine bet.

Don’t Even Bother: Philadelphia Eagles +300, Dallas Cowboys +333, Detroit Lions +750, New York Giants +900, Carolina Panthers +1200, Washington Redskins +1600
You might be wondering why I picked all four teams from one division. Well, that division is trash. There’s only one playoff team coming from the NFC East this year, so don’t waste your money trying to pick another for a Wild Card spot. As for the Lions and the Panthers, they’re just both bad teams. I don’t think they’ll be 2-14 bad, but I also don’t think that they’re going to be in any kind of playoff contention. Don’t waste your time or your money.