My Picks for this Weekend at Saratoga 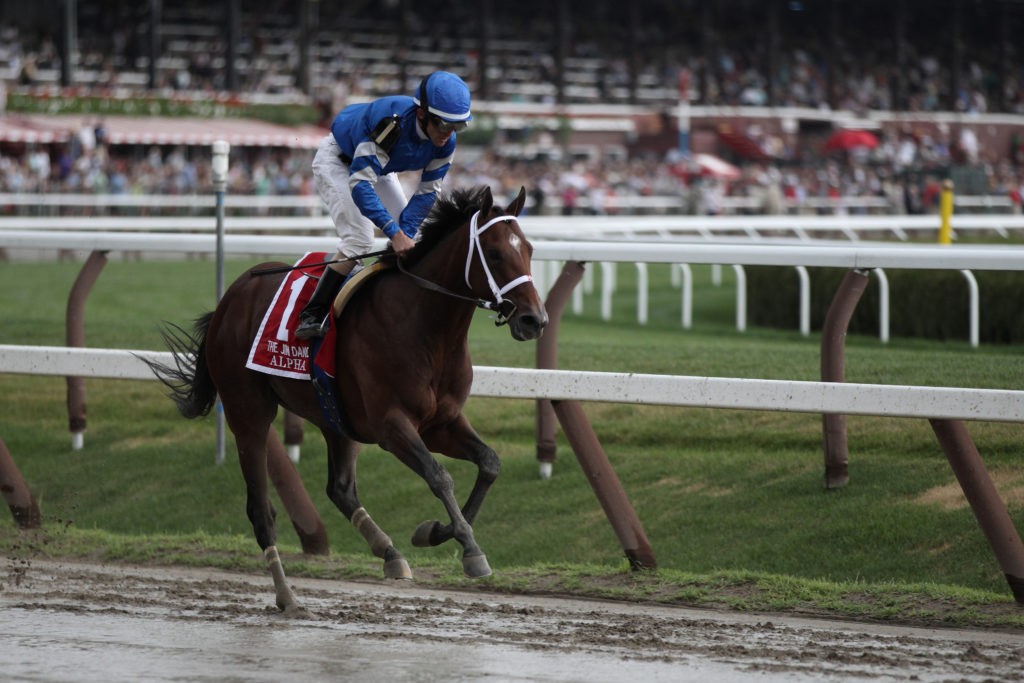 The horse racing world has been a world I’ve begrudgingly been a part of for all of my adult life now. It is an unforgiving and complex way to gamble, but it is the most rewarding way to spend your excess money. If you’re like me and have ADHD, there is no better way to gamble besides a slot machine. It is fast-paced but your losses can really build up. That’s where I’m at right now. The horse racing schedule has been flipped and changed all year, due to obvious reasons, so the Churchill schedule ending has hurt my self-esteem and my 4NJBets account. It’s Saratoga season, and this track has been hard to predict for the most knowledgeable of experts. Some jockeys are sick, some trainers are sick, and two-year old thoroughbreds with little-to-no racing experience have been as unpredictable as any racing season ever. Because of this I have made my betting strategies very simple. Here is what I am looking out for at Saratoga this weekend, and for future weekends:

Irad Ortiz Jr. on a fast starter
Irad has been the best jockey of the summer at Saratoga, and more often than not, his reputation will lead him to be the favorite without much pay-out. There are no sure things in racing, but if Irad can get out to the front quickly, he will usually win the race. Pay attention to where he is racing out of. If he’s between 4-6, he can usually get up there pretty easily. Being on the inside or outside makes things a little tougher, but use the pace statistics on 4NJBets (New Jersey) or TVG (New York) to see if he’s on a fast starter. He also likes to challenge his brother Jose Ortiz out of the gate, and both like to set the pace for the entire race.

Tyler Gaffalione on a strong finisher
Gaffalione was printing out money all spring for me at Gulfstream Park and Churchill. But his slow start at Saratoga has been killing me. As he goes, I go, so I have not been on him as much as of late. But Gaffalione is hard to deny with a strong finishing horse. Again, using pace statistics, any horse that jumps from a 4 to 2, or 5 to 3, is a good bet with Gaffalione on board. He has been over-bet because of how dominant he was, so I am hoping to get better value on him down the road.

Using a favorite to make a lot of money
Oftentimes, bettors are discouraged when they see a heavy favorite on the board, such as last week’s Haskell, where a 1/5 favorite won the race. At Saratoga this summer, this has been an opportunity to make a lot of money. Because of the youth and unpredictability, betting on the field has been a smart play more often than not. My strategy is normally exacting boxing the entire field without the favorite, and hedging my bet by betting a cheap exacta wheel with the favorite on top, and another wheel with the favorite in second. This is an expensive way to bet. In an 8 horse race, this will be a roughly $70 play at minimum. But you are guaranteed to make at least some money back, and if that exacta box without the favorite pays out, you could be looking at doubling that money, and playing with that money the rest of the day. Even a second-place finish for the favorite with an underdog on top will be a decent pay-out.

There are other things to look out for at Saratoga, but to make things as simple as possible for this weekend, those are my three biggest keys. Here’s my five best plays for today’s card at Saratoga:

Race 1 – Wishes and Dreams
This is Gaffalione on a strong finisher. I’m not convinced on the morning 4 to 5 favorite, Assume, and even though this is Gaffalione’s first ever race with trainer Chad Summers, the value at 8 to 1 is too good to pass up. Monitor this line going up the race, because I do think it will go down slightly, but this is a smart win/place/show bet to open things up. Exacta boxing the field might not be a bad idea too, especially if that 4 to 5 holds.

Race 4 – Blunt Force
Kendrick Carmouche is another one of my favorite jockeys, and he specializes in making an average horse look better than he/she really is. Blunt Force is a fast horse with great speed figures and trainer Thomas Amoss does a nice job at this track, and with two wins in five starts, Blunt Force is great value right now at 3 to 1.

Race 6 – Cap de Creus
Irad Ortiz dominated the track yesterday with five wins. He has been on point for months, and Cap de Creus, even at even money, is a great play for this race. I would exacta wheel him with some longshots, but this is the best jockey on the fastest horse in the race. Ortiz and trainer Todd Pletcher have won many races together before, and with strong pace figures to go along with speed, this is probably my safest pick for the day.

Race 9 – Old Chestnut
Great pace figures and a jockey and trainer that have done some good work together makes Old Chestnut a smart play in a strong field that won’t have a clear-cut favorite. Hope the morning favorite Jack and Noah breaks a little too early, and Alvarado, who always seems to find his way on a winning ticket in big races like this, can sneak up and take this on a 6 to 1 horse with two wins under his belt already.

Race 10 – Lorcan
This is a long shot play in a race that, if things hold up from the morning card, is going to be crazy. There will be a lot of money to win, and with 16 entries, the exactas will be strong. Lorcan is at 15 to 1 this morning and Irad Ortiz should be favored at post time, but morning 2 to 1 value is pretty poor in such a condensed race. I expect this to move to the 10 to 1 range, but this is a race where Carmouche can really flourish. He has had success with trainer Bruce Levine at this track many times. This is a race with young, inexperienced horses, with zero Saratoga wins amongst them. There is talent though, through speed figures in pedigree. Gaffalione’s horse just does not seem up to the level of the others, Irad’s value is not great, and Carmouche on an underdog is going to be my play to be on the profitable part of the leaderboard.