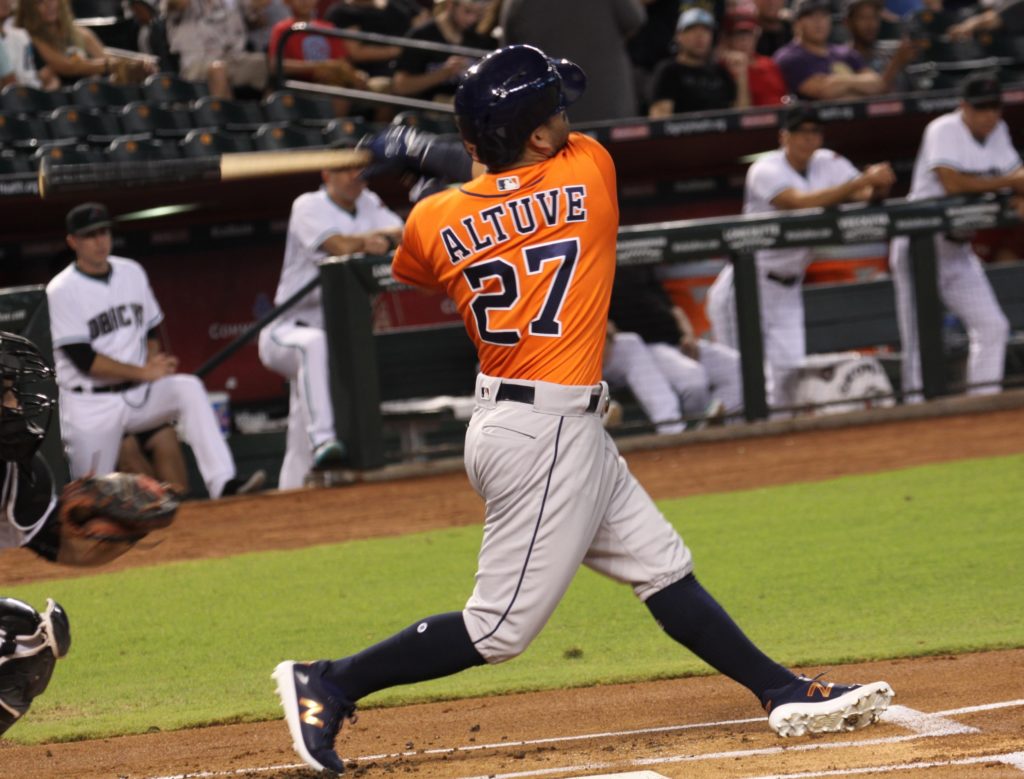 The MLB playoffs are starting up in…well about 15 minutes, so I figured I should get my preview out here quickly. I know that technically the playoffs started last week, but that wasn’t real. A three game series all played at the home team’s ballpark just didn’t quite deliver the playoff vibe that we were looking for. Now the MLB is going into its “bubble” as the real playoff games begin. It’s going to be weird seeing these teams play five consecutive days in another team’s ballpark, but I think it’s going to also be really cool. I’m excited to see how it all plays out…also, as a side note, it’s pretty wild that all four series will feature inter-divisional matchups. They’re really taking the “Divisional Round” name seriously this year.

This is a pretty wild divisional round matchup. If this was taking place any of the last three seasons, it’d be clear and obvious that the Astros would be the favorite. However, after losing Gerrit Cole and Justin Verlander this season and then also dealing with the aftermath of their cheating scandal, the Astros were only just able to limp into the playoffs with a 29-31 record. Their lineup looked shot throughout the entire regular season. The public perception of the Astros seemed to change after watching them beat the Twins, but it’s the Twins. Everybody beats the Twins in the playoffs, so I am tempering my expectations a bit. As for the A’s, I’d feel a lot more comfortable about them if they didn’t lose Matt Chapman to injury earlier this year. It leaves their lineup with a giant hole which is unfortunate because this is a team that has commanding pitching that is far superior to the Astros. With the A’s anemic offense and the Astros’ poor pitching, I’d expect this series to be low-scoring. But pitching seems to always prevail in the end in the playoffs. Give me the A’s in 4 games for this series.

I just said pitching always seems to prevail in the playoffs, and there’s not a team with stronger pitching than the Rays. Despite having 126 pitchers land on the IL this season (I might have exaggerated that a bit), they still led the league in ERA and were able to grind out some really tough victories along the way. Their offense isn’t good, but it’s very productive. It has to be for a team to win two-thirds of their regular season games. On the other hand, what the Yankees lack in rotational and bullpen depth, they make up for at the plate. This team can mash. They scored 22 runs in their two-game sweep of the Indians last week. The Rays dominated the Yankees in the regular season, winning eight of ten games, but the combination of Judge, Stanton, and LaMehieu missed the majority of those games. It’s the postseason now, and even though pitching typically prevails, it’s hard to see the Yankees lineup being completely shut down in this series. These two teams seem to hate each other, and I think that will carry the series to a full five games in which, ultimately, the Yankees will come out on top.

First of all, I have nothing but respect for what Don Mattingly and his Marlins were able to do this year. There was a time earlier this season where we weren’t even sure if the Marlins would be able to make it through the first month when over half of their active roster tested positive for COVID. Now, here they are after a two-game sweep of the Cubs. It’s a compelling storyline for this young team that had a regular season over/under win total of 19.5 to start the year. Add to that an organization that is 7-0 all-time in playoff series, and this begins to feel like a team of destiny. Unfortunately for the Marlins, they’re up against the team that I consider the best in the National League. The Braves have the best pitching staff – a staff that just helped their team beat the Reds 6-0 in 22 innings of play last week. Behind their starters and bullpen, they have a top-3 lineup in baseball with the likely MVP Freddie Freeman. I love what the Marlins have done just to get here, but I think this is the end of the road for Miami. I’m taking the Braves in 3 games.

The Padres have been one of the most fun teams to watch all season. With Fernando Tatis Jr., Manny Machado, and all of their other young and explosive talent, this lineup is a joy to watch every night. Unfortunately for the Padres and their fans, their pitching just isn’t quite there yet, especially with Mike Clevinger and Dinelson Lamet dealing with injuries. That opens the door wide open for this Dodgers lineup which might end up going down as one of the best of all time. Until I see the Dodgers actually seal the deal and win a World Series, I’m keeping my expectations relatively low for this team. But that doesn’t mean they can’t take down their division rivals. The Dodgers bats are going to be too much for the Padres to handle. The Dodgers are going to win this series in 4 games.