Prediction For How The Patriots Will Replace Tom Brady 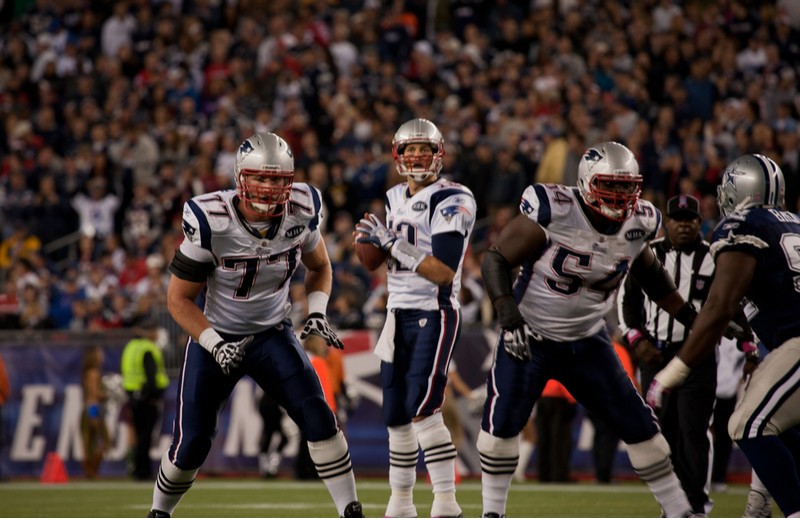 The answer to the question of how the Patriots replace Brady is that they can’t. He is the greatest quarterback of all time and a New England icon. It’s impossible to find a replacement for a guy like that. But, they are going to need someone to plug the gap for them as they try to win this year but also probably look ahead to next year’s draft. I wouldn’t be surprised to see the Patriots take a flyer on Nate Stanley or Jake Luton in this year’s draft, but I would be surprised if they took someone in the first three rounds when they already have Jarrett Stidham on the roster and a decent crop of quarterbacks coming out of college next year. This year’s stopgap is going to come from free agency or a trade, and here are the five guys I think most likely to land with the team.

Teddy Bridgewater
2019 Stats: 1,384 yards, 9 TDs, 2 INTs in 5 starts
Bridgewater was on top of the world with Minnesota heading into the 2016 season before a horrific injury halted his career and limited him to starting just six games in four seasons. Bridgewater went 5-0 last year with the Saints while Drew Brees was injured and showed flashes of greatness throughout the season. Unfortunately for him, I don’t think that is going to translate into a big time guaranteed money contract just yet as there are still concerns about the injury. That makes this a perfect fit for the Patriots to swoop in with a two-year offer for the 27 year old at less than market value for a starting quarterback. If he’s good and the Patriots want to keep him, they can explore a long-term deal. If he’s good but the Patriots want to move on, they can trade him after the season. If he’s bad, he’ll still be a serviceable backup for 2021. It’s win-win-win.

Andy Dalton
2019 Stats: 3494 yards, 16 TDs, 14 INTs in 13 starts
The Bengals are looking to move on from Dalton, so it likely wouldn’t take more than a 6th or 7th round pick for the Patriots to pick him up in a trade. He’s been a consistently solid, not great, quarterback throughout his entire career and fits the Patriots offensive system very nicely. Plus, he’d be a cheap rental that still gives the team a chance to win this year.

Josh Rosen
2019 Stats: 567 yards, 1 TD, 5 INTs in 3 starts
Rosen was drafted 10th overall in 2018 by the Cardinals who moved on from him after just one season. The Dolphins appear to be ready to move on after just one season as well. Rosen has been a big red flag for teams for numerous reasons since coming out of UCLA. I think this might be the perfect Belichick reclamation project. I actually like this fit more than any other quarterback on the list because he’s cheap, has potential, and could provide a good quarterback competition with Stidham in the offseason. The only thing keeping him further down on the list is that I’m not sure the Dolphins would want to give the Patriots a potential star quarterback after they just watched Brady leave the division.

Jameis Winston
2019 Stats: 5,109 yards, 33 TDs, 30 INTs in 16 starts
Tampa Bay seems to be making it clear that they’re ready to move on from Jameis. Winston has the most upside of anybody on this list, but he’d also have the biggest contract. Since the Patriots are strapped for cap space and Bill Belichick would lose his mind if his quarterback threw 30 INTs, I’m not sure that this is a great fit. But, Winston is the best quarterback available in terms of talent and potential which makes him at least intriguing to Bill and the Patriots.

Phil Rivers
2019 Stats: 4,615 yards, 23 TDs, 20 INTs in 16 starts
If the Patriots believe in Stidham or want to draft a quarterback next year, Rivers makes a lot of sense on a two-year contract. He’s definitely regressed as a passer, but he’s a fiery player that hasn’t missed a game since he took over as the starting quarterback in 2006. He’ll be a good leader that still gives the team a great chance to win.