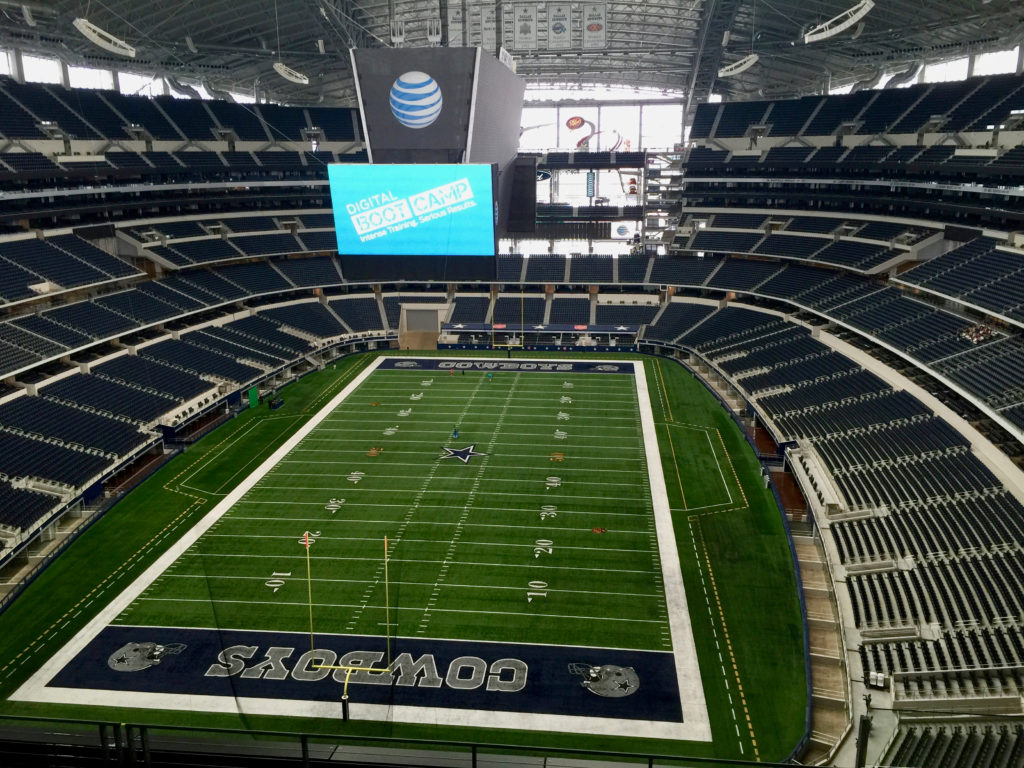 It’s taken 6.5 years of living in Fort Worth for this to happen to me, but I am officially done with Cowboys fans. I sat through the constant “Tony Romo is a top 10 quarterback in NFL history” and “the Cowboys would have won the Super Bowl if they refs had ruled the Dez play a catch” debates. I listened to the preseason previews claiming this team was the “team to beat” in the NFL despite not making a Conference Championship game since 1995. But I’ve hit my breaking point with this team, this fan base, and this owner.

For those unfamiliar with Dak’s contract situation and the franchise tag, let me break it down for you in a few sentences. Dak has been the Cowboys long-term plan at quarterback since his breakout rookie season in 2016. Dak wanted $40 million a year, but the Cowboys wouldn’t give it to him, so Dak landed on asking for a four-year contract. The Cowboys wanted him to take a five-year deal. The two sides couldn’t get anything worked out, so the Cowboys extended a franchise tag offer which would pay Dak $31 million this season while the two continued to negotiate. Franchise tags almost never work out for either side when it comes to quarterbacks, just ask the R-words and Kirk Cousins, so it’s not a surprise that Dak didn’t sign the deal right away.

Alright, everyone up to speed? This brings us now to present day where the team signed Andy Dalton which caused the whole Cowboys community and national media to lose their minds. Let’s start with everyone’s new favorite “quarterback guru” Dan Orlovsky.

At it’s core, that makes sense. But, Dan, the part you’re leaving out is that Dalton’s fourth season ended in 2014. He’s got a 30-38 record since that time and was benched for pretty awful quarterbacks (Jeff Driskel and Ryan Finley) each of the last two seasons. As a TCU alum, I like Andy Dalton a lot. He seems like a great guy that’s an incredible influence for his teammates both on and off the field. He’s been nothing but nice when I’ve seen him around TCU’s campus, and I’ll always have a ton of respect for him as a player and a person. That being said, at this moment, he’s nowhere near the player that Dak Prescott is. Is he capable? I guess. But if the Cowboys are willing to throw away their franchise quarterback over a contract year, then Jerry is crazier than I gave him credit for.

Speaking of crazy, how about this take by @WasabiLoco?

I know, I know. I shouldn’t get sucked into these ridiculous takes by unverified fans with generic profile pictures, but use your brain for two seconds before putting this out into the universe. You really want Cam Newton? “Somewhat prone to injury.” The guy couldn’t throw it more than 10 yards downfield last season with his shoulder and ankle issues. Give me a break with that.

Remember last year when Ezekiel Elliott signed his big contract and fans threw out his jersey and ripped him all year for not taking a “team-friendly” contract? The guy ran for 1,357 yards, had 420 receiving, and 14 total TDs and fans were wishing they had just let him walk in free agency. When did fans become so averse to players getting paid? Why are we sitting here lamenting the fact that our team’s owners have to shell out a few more dollars? You’re never going to catch me knocking a player for wanting to get paid what he is due. And Dak is due.

Cowboys fans aren’t just turning on their current players that want to be paid fair market value. They’re starting to turn on a guy that they were calling the best receiver in football not too long ago.

Scrubs like you? Really, Nate? Three straight 1,000+ yard and double-digit touchdown seasons wasn’t enough for the great Nate Puente. I guess if he’s going to throw TO into that “scrub” category too, though, it shouldn’t be that big of a surprise. And this tweet has 790 likes but only 38 replies?? This guy should be ratio’d into oblivion, but Cowboys fans are too obsessed with their owner/GM to care about their players.

John Elway’s Broncos won a Super Bowl in 2015, and the team’s fans were calling for his head before the 2019 season because they’d missed the playoffs a few years in a row. Jerry’s team hasn’t won a Super Bowl or even made a Conference Championship game since 1995, and all of the fans act like he can do no wrong. Again, to reiterate, if you’re defending the owner over the players, you’re just wrong.

Let’s wrap it up with the Hot Take King himself.

Once Skip is on a take, you know that it’s going to be the complete opposite. So, to all you fans out there that think this is a power play by Jerry, just know that you’re wrong because Skip hinted at it. That’s really all the proof that any of us needed.

And my final thought on the matter is this: I feel the worst for Andy Dalton in this whole situation. Dalton is a great guy that signed with the Cowboys to be a backup. He’s said it more than once this week that he is here to help and it’s a one-year backup spot before he tries his hand at starting again next season. But now he is thrust into the middle of an incredibly awkward fan-owner-player situation that I am sure he wanted no part of at all. I wonder if, less than a week after signing his contract, he now regrets coming to Dallas in the first place.