A Look Back at My First Fantasy Football Trade 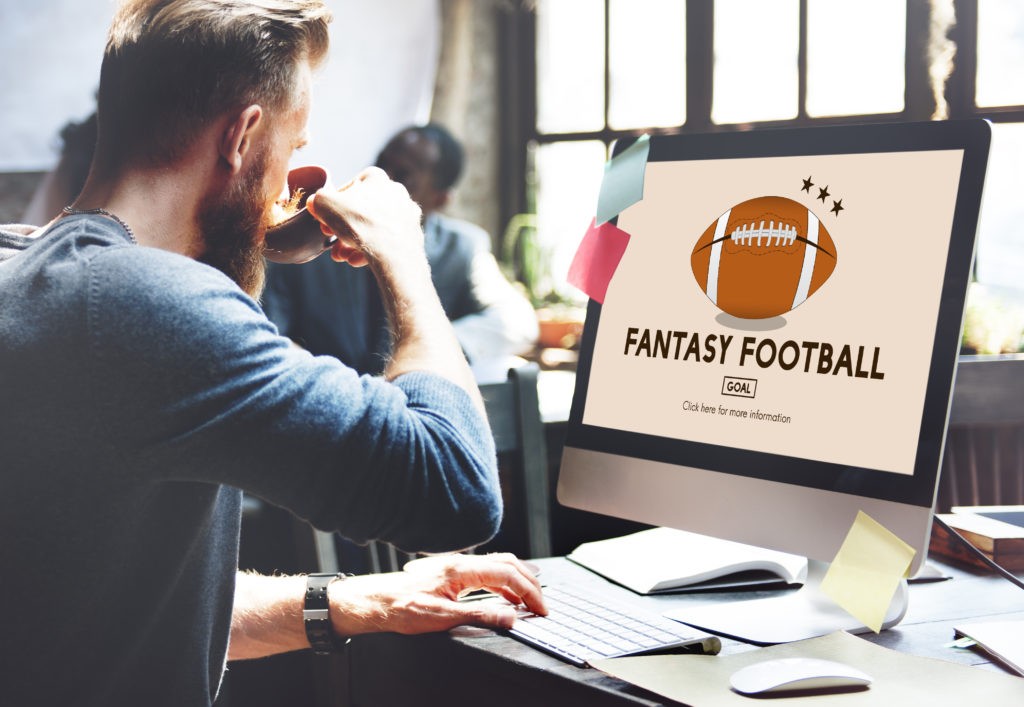 The year was 2005 and 10-year-old James was about to play in his first ever fantasy football season. My dream job at the time was to be a professional sports GM (still kind of is if we’re being honest), so the idea of operating a team, even a fake one like in fantasy sports or a video game, has always been fascinating to me. I think I made something like 132 moves that season which probably made me the most frustrating player to have in the league. I picked up and dropped Stephen Davis (549 yards, 12 touchdowns) at least eight times that season. But it’s the first move I ever made in fantasy football, right after the draft, that sticks with me still to this day.

As a 10-year-old, my best friend was a 14-year-old named AJ. Now, today, as a 25-year-old, my best friend is still a 14-year-old named AJ (just kidding, he’s 29 now). Age is important here as we get into the specifics of the move I made with AJ for my first ever fantasy football trade. But for some backstory, I was joining this league, and I convinced him to join along with me so we could figure out what fantasy sports were all about together. AJ’s a Giants fan; I’m a Jets fan. AJ roots for the Mets; I’m all for the Yankees. And now we had something else to fuel our rivalry against each other…if only I could remember what our team names were. If I was creative at the time, it would have been “Snakes on a Reggie Wayne.”

AJ drafted really well. He had a bevy (been wanting to use that word for awhile) of skill position players highlighted by Oakland Raiders receiver Randy Moss and Philadelphia Eagles receiver Terrell Owens. On the flip side, I drafted horribly, but I did have Raiders quarterback Kerry Collins and Eagles quarterback Donovan McNabb. McNabb was coming off a career-season that included a trip to the Super Bowl. Collins….wasn’t. But with the addition of Randy Moss to that Raiders team it seemed like Collins had a chance to soar statistically that year.

2005 still marked a time when the league was dominated by running backs, and players like T.J. Duckett and LaMont Jordan could net you fantasy points on touchdowns alone. But there was hope that the Eagles and Raiders could buck those trends and deliver high-powered passing offenses to fantasy leagues.

I had it in my brain that having a quarterback and wide receiver that were on the same team could net you “double points” essentially because I watched the season before as my fantasy football mentor dominated his league with Peyton Manning and Marvin Harrison. What I didn’t realize was that those were just two Hall of Famers that were benefitting off multiple touchdowns every single week. Their scores weren’t doubled just because they were on the same team; they were both just exceptional players that would have put up huge numbers no matter what team they played for.

So, after the draft, I called AJ to talk trade. I explained to him how we could get “double points” if I swapped one of my quarterbacks for one of his receivers. He wasn’t going to give up Moss and I wasn’t going to give up McNabb, so that left us with TO for Kerry Collins. As if that obviously awful trade wasn’t bad enough, I talked him into throwing Jake Delhomme into the mix for Jabar Gaffney. Jabar Gaffney, folks. Gaffney, who was listed as a FB/WR in 2005, was going to be AJ’s big replacement for the greatest wide receiver of all time. It makes my head hurt even just writing that one out.

AJ, to this day, still blames me for swindling him out of a season of Randy Moss and Terrell Owens. And I’d feel bad, but this is where the age thing comes into that play. He turned 15 during that season, and I didn’t turn 11 until it was finished. That’s a big age gap during those formative years of your life. If you’re going to get tricked into trading Terrell Owens and Jake Delhomme for Kerry Collins and Jabar Gaffney by someone 4-5 years younger, then that’s on you. I’m sorry.

Now, in fairness to AJ, looking back on this trade nearly 15 years later, it ended up being essentially a wash. TO got hurt that season and only played in 7 games. In those 7 he did rack up 47 catches, 763 yards, and 6 touchdowns, but that’s beside the point because I only got 7 games out of him. Jabar Gaffney, his Owens replacement, finished that season with 16 games played and 55 catches, 492 yards, and 2 touchdowns. This will forever be the worst swap on paper, but, due to injury, it kind of evened out (even though TO had better stats in 9 fewer games).

What about the quarterbacks? Collins finished that year with 3759 yards, 20 touchdowns (8 to Moss for “double points”), and 12 INTs. Delhomme might have been the best piece in the whole trade as he passed for 3421 yards, 24 touchdowns, and 16 INTs. I’ll take the extra four touchdowns with an extra four INTs any day.

Actually, stats be damned – I did win this trade. Because still, 15 years later, I can bring up the name Jabar Gaffney to AJ, and it will immediately lead to him calling me a cheater and saying I screwed him over. And I still live rent free in his head every year when fantasy football season rolls around. I could offer him Patrick Mahomes for Andy Dalton, and he’d keep Dalton for fear of this trade looking bad down the line.

Since that trade, I’ve made some great ones. Evan Engram and Wayne Gallman for Travis Kelce. Isaiah Crowell for Adam Thielen. Trading my way into the 7th, 8th, and 9th overall picks of our 2018 fantasy draft. But my favorite trade will always be my first.

Here’s a video of Jabar Gaffney highlights to wrap this up. Notice how even in his own highlight video, the internet mocks him by putting the word “star” in quotes.