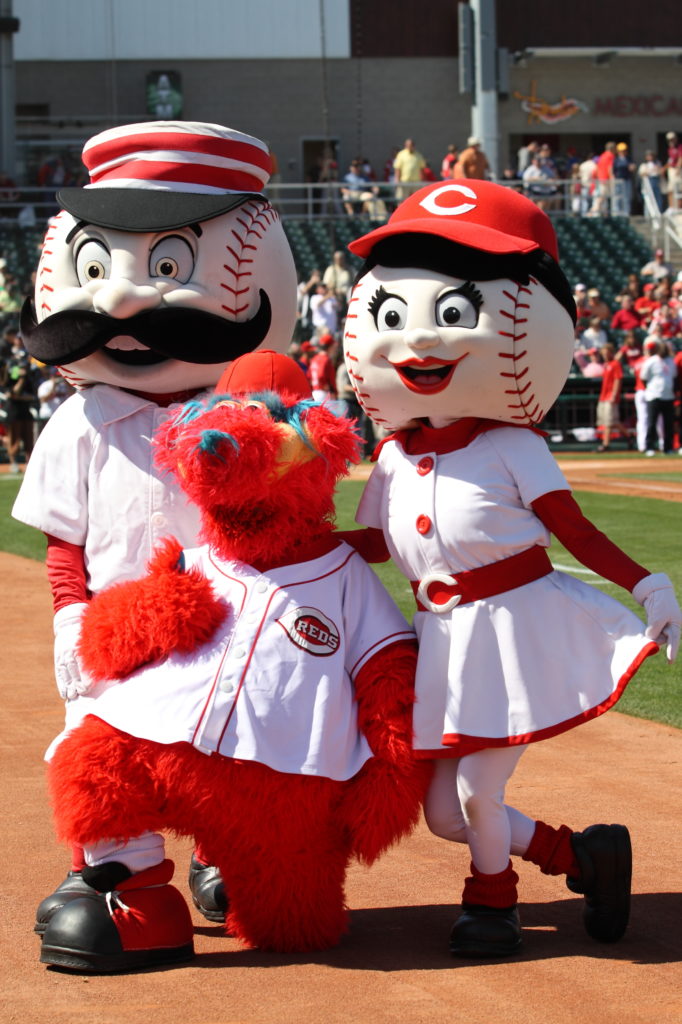 The National League Central is one of the hardest divisions to predict this year. Aside from the Pirates, every team has the potential to either win the division or end up with a last place finish. It’s crazy. If this was a full 162 game season, the common sentiment would have to lean towards the Cubs or the Cardinals winning the NL Central. They’ve got great rosters and the kind of resolve to outlast the grind of a full season. But, this isn’t a 162 game season. It’s just 60 games which makes everything almost completely up in the air and opens the door for any team to take this division title.

Winner: Cincinnati Reds
I’ve spent my whole adult life going against the “sexy” pick when trying to sort out winners in the preseason. If there’s a team that’s trending up in the minds of the league’s fans, I try to stay as far away from that team as possible, but the Reds are going to be my exception this year. I’ve bought into this team. I’ve bought into everything Trevor Bauer is saying about this team. And why not? Along with Bauer, the top of their rotation has Luis Castillo and Sonny Gray which makes it as good as any other top three in the National League. They also went out this offseason and signed Mike Moustakas and Nick Castellanos to add to their lineup that already featured Eugenio Suarez, Aristides Aquino, and Joey Votto. Not only do they have the starting pitching and hitting to be successful, the Reds also boast one of the best bullpens in the entire National League. The bullpen is anchored by Raisel Iglesias and Michael Lorenzen but has great depth throughout. In a 60 game season, the bullpen is going to be the key to success, and the Reds are set up well to succeed.
Win-Loss Prediction: 34-26

Second Place: Milwaukee Brewers
Okay, I’ll admit it. This prediction really comes down to a gut thing for me. And I don’t want to bet against my gut. I know the Brewers lost Yasmani Grandal, Mike Moustakas, and Eric Thames to free agency. I know that their pitching has a ton of question marks. I also know that they had a run differential of just +3 last season which is hardly sustainable for a playoff team. But I also know that this team has a strong collection of savvy veterans. Ryan Braun, Eric Sogard, Avisail Garcia, and Lorenzo Cain would all key pieces for any team. Their starters won’t blow anyone away, but that bullpen? I’ll take it. Josh Hader? I’ll especially take him. Oh wait, have I even mentioned the player who won the MVP in 2018 and finished in second place in 2019? I’ll happily bet on any lineup with Christian Yelich in it. I don’t think this team would make the playoffs in a 162 game season, but my gut is telling me a second place NL Central finish and a Wild Card berth after the 60 games that the Brewers play this season.
Win-Loss Prediction: 33-27

Third Place: Chicago Cubs
The Cubs are a sneaky good bet to win the World Series this year. But, they’re also a sneaky good bet to finish in last place in the division. I’m going to land somewhere in between and predict them to finish above .500 but miss the playoffs. On paper, the Cubs have the best roster in their division. That lineup with Anthony Rizzo, Kris Bryant, Willson Contreras, Javy Baez, and likely DH Kyle Schwarber should be injecting fear into every pitcher they face. The rotation, featuring Jon Lester, Yu Darvish, Kyle Hendricks, and Jose Quintana, is more than serviceable. Sure, the bullpen has its struggles…well major struggles really, but you’d expect the rest to make up for it. But for some reason it hasn’t. Was it Joe Maddon? Was it a World Series hangover? I can’t say. But whatever it is that is keeping the Cubs from regaining that World Series form didn’t just disappear in the offseason or get fixed by hiring David Ross. This is a good enough team to win games, but they’re going to have to find something magical to be a true threat in the NL Central.
Win-Loss Prediction: 31-29

Fourth Place: St. Louis Cardinals
I have so little faith in this team that I want to predict them to finish last in the division, but that’s simply impossible with the Pirates standing in their way. The Cardinals won 91 games and the division last season despite having one of the worst lineups in the league. The Reds, Marlins, Padres, and Giants are the only teams that finished last season with a worse batting average than the Cardinals. Dexter Fowler and Matt Carpenter looked like shells of themselves, Paul Goldschmidt was a major disappointment in his first season with the team, and Yadier Molina is old and getting older. The rest of the lineup just doesn’t have the pop to carry the team, so the Cardinals playoff hopes this season, as they did last season, are going to ride with their pitching staff. The top three in the rotation are good-to-great: Jack Flaherty, Dakota Hudson, and Miles Mikolas. Hudson and Flaherty are young which could prove to be a road block for a team that’s going to rely so heavily on them. They can’t afford any bad starts in a 60 game season. It’s also hard to imagine the 38-year-old Adam Wainwright, who the Cardinals named their second starter, having a repeat of the above-average season he had last year. The bullpen should be good, but it, too, has a lot of question marks. This team is not going to be good in this sprint of a season. They could have benefitted from 162 games to figure things out.
Win-Loss Prediction: 28-32

Fifth Place: Pittsburgh Pirates
The Pirates are an absolute dumpster fire. They’ve made bade trade after bad trade (I bet they’d love to have Glasnow and Meadows back) and have come away with nothing to show for it. Josh Bell is one of the best young players in the game, and they’ve put nothing, aside from Bryan Reynolds, around him. The lineup is bad. The starting rotation is bad (sorry, Chris Archer). The bullpen is bad. This is a bad team that doesn’t deserve any more of a preview than this.
Win-Loss Prediction: 22-38