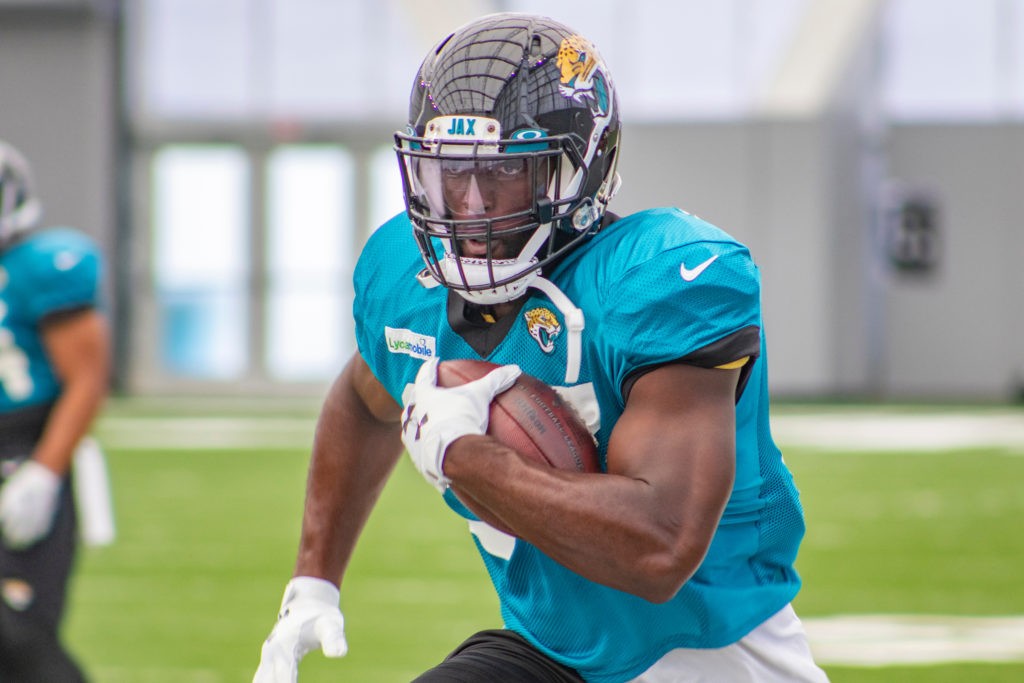 I’ve spent the last week or so writing about all of the players you should be trying to get in your upcoming fantasy draft. It’s time we take a look now at some players that are going in the top-40 of most drafts/mock drafts that I just don’t think belong there. I would proceed with a high level of caution if you plan on taking any of these guys.

Miles Sanders, RB PHI (ADP: 12th overall)
Am I the only person that’s missing something here surrounding all of the Miles Sanders hype? I know the running back depth isn’t quite there this year, but this seems a little ridiculous. Sanders looked decent in his rookie season, especially in the receiving game where he had 50 catches and 3 TDs, but the problem I will always have with drafting an Eagles running back is that Doug Pederson LOVES to use a committee. The team is carrying four backs right now – Sanders, Boston Scott, Corey Clement, and Elijah Holyfield. All four of those guys are going to get touches in this offense, and you never know whose day it’s going to be. You also never know when Carson Wentz is going to be hurt leaving the defense to key in on the run. I just can’t trust Sanders at 12th overall when he had greater than 15 carries just three times, greater than 12 carries five times, and 100+ yards just once.
2019 stats: 179 carries for 818 yards and 3 TDs; 50 receptions for 509 yards and 3 TDs

Kenyan Drake, RB ARI (ADP: 15th overall)
Kenyan Drake is another guy who is getting overhyped this season because of a thin roster of running backs. Drake is a guy who has essentially been a running back by committee player until midway through last season when he was traded to the Cardinals. He rushed for over 100 yards twice in that half-season, and I honestly think that he’s getting drafted so high because of his two week span of 303 yards and 6 touchdowns. The rest of his time with the Cardinals? 340 yards in 6 games. That’s not great, especially in an offense that we really don’t know much about as Kliff Kingsbury and Kyler Murray grow together. I’m staying far away from Drake this year.
2019 stats: 170 carries for 817 yards and 8 TDs; 50 receptions for 345 yards and 0 TDs

George Kittle, TE SF (ADP: 25th overall)
George Kittle is a great player. He’s probably the best all around tight end in the league. He is not deserving of being the 25th overall pick in this year’s fantasy draft. Overall, I’ve never been a fan of drafting a tight end before the eighth round. I think it’s a waste because of how much of a toss up it is at the position. Travis Kelce is the exception to this because he’s such a sure thing, but Kittle does not fit that category. Last year, Kittle had just four more fantasy points than Evan Engram. Engram is being drafted at an ADP of 76th overall. The separation between Kittle and the field isn’t there in the same way that it is between Kelce and the field because the 49ers offense is built around the run. Kittle loves to block. Use your thired round pick on your RB2 or WR2. Save tight end for later.
2019 stats: 85 receptions for 1,053 yards and 5 TDs

Leonard Fournette, RB JAX (ADP: 31st overall)
Leonard Fournette had a surprisingly good fantasy season in 2019 and outperformed a lot of his projections. If you were in a PPR league with Fournette, his 76 catches had you ecstatic week in and week out. He clearly had a good connection with Gardner Minshew and seemed to fit well into his offense. All of that said, Fournette just simply isn’t a back you can count on to outperform his expectations again. Fournette had 1,152 yards rushing last season, but a large chunk of that came in his games of 225, 131, and 108 yards. He also had six games under 50 yards and over half of his games were under 70 yards. I’d expect a lot more on the low end this coming season. If you’re drafting Fournette, you’re basically drafting him in hopes that he can win you a few weeks with those 100+ yard games. But for a guy that had just three touchdowns last season, he’s more likely to sink you’re team as your RB2.
2019 stats: 265 carries for 1,152 yards and 3 TDs; 76 receptions for 522 yards and 0 TDs

Amari Cooper, WR DAL (ADP: 32nd overall)
I thought this might be the year that fantasy owners were done drafting Amari Cooper…guess not because he’s still going in the top-35 of most drafts!! There’s no denying his talent, but Cooper is one of the most inconsistent and frustrating players in the history of fantasy football. You literally never know what you’re going to get from him. Take last year for example. In week 5, Cooper had 11 catches for 226 yards and a touchdown against Green Bay. The next week against the Jets? 1 catch for 3 yards. That’s a killer for owners to have to live and die by Cooper’s production. Add to that the fact that Michael Gallup looks primed for a breakout year and the Cowboys just drafted CeeDee Lamb, and Cooper gets less and less appealing.
2019 stats: 79 receptions for 1,189 yards and 8 TDs