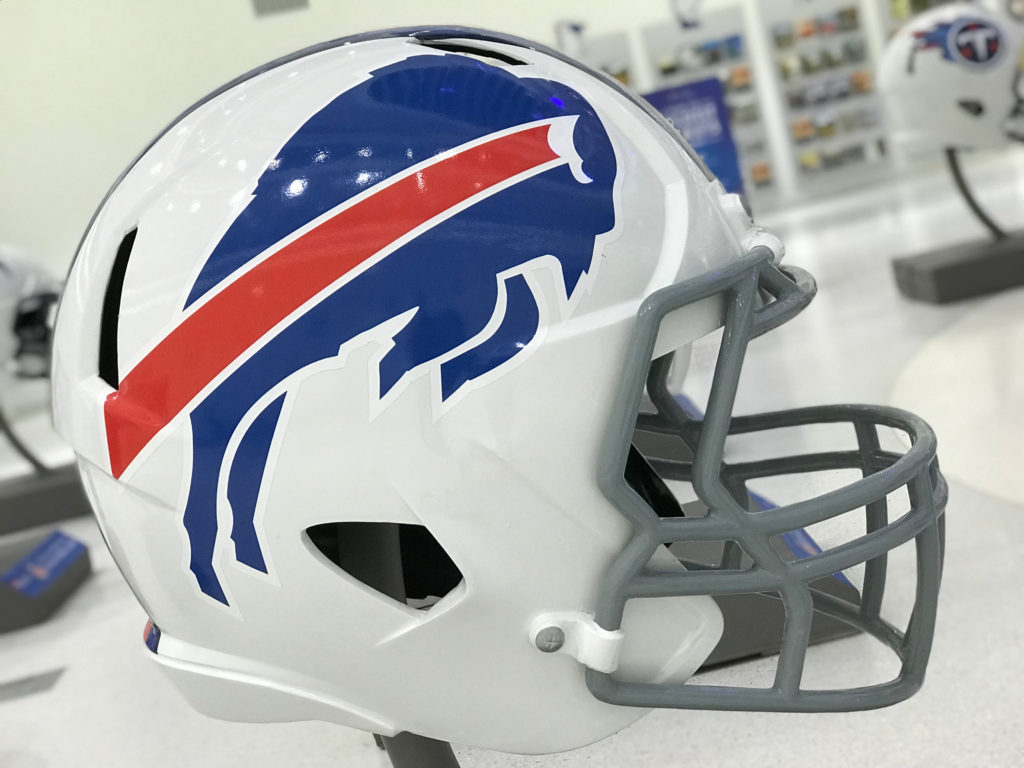 The NFL is starting up a week from yesterday (!!!!), and, like with every other sport, this year is almost impossible to predict. Not only have there been no preseason games to at least give us a feel for what to expect with these teams, we also have no clue how COVID is going to affect this season. Will any star players miss significant time after a positive test? Will teams have to reschedule or cancel games due to an outbreak? And there are so many more questions just like those. So I enter this preview very cautiously with the knowledge that I could end up way off base by the end of it. But that’s the point of predictions right? You get to brag when you’re right, and you get to delete articles when you’re wrong (just kidding).

AFC East: This has to be the hardest division in the entire NFL to predict. The obvious favorite is the Buffalo Bills simply because of how good they were last year and how they likely would have taken the division crown if Tom Brady had left a year earlier. Speaking of Tom Brady, the biggest question heading into this season is how the Patriots will fair without him. Whether it’s Cam Newton (and whatever he can provide at this point – last time we saw him, he couldn’t throw a ball 10 yards) or Jarrett Stidham at quarterback, I think that the bigger question for this team is how they are going to deal with Dont’a Hightower, Patrick Chung, Marcus Cannon, and five others opting out of the 2020 season due to COVID concerns. That’s a lot of roster shakeup for a team that will be using a quarterback not named Tom Brady for the first time since 2008. Then, you have the Dolphins and the Jets. The Dolphins were a team expected to tank for the first overall pick last year with seemingly one of the worst rosters ever assembled. Instead, they won five games, including the big one in week 17 against the Patriots, and were close in a lot of the others. As for the Jets, people seem to forget that they were 7-9 last season despite losing their starting quarterback for five games due to mono. Both the Dolphins and the Jets should be improved this season and pushing their divisional opponents to the limit. This is the Bills division to lose, but the fight for second place is going to be tooth-and-nail from start to finish.

AFC North: The Ravens finished 14-2 last season before having a very disappointing early playoff exit after a loss against the Tennessee Titans. This year, there will be teams that think that they have the blueprint for stopping Lamar Jackson. I don’t think it matters. The guy is an absolute monster with both his arm and his legs, so the Ravens should roll to another easy division title. The battle for second place between the Steelers and the Browns is far more intriguing. The Steelers will carry over one of the best defenses in the league from 2019 while also adding Ben Roethlisberger who returns from injury. The Steelers would have made the playoffs last season with a better offense, and I think they’ve got it this year with the return of Big Ben, a player who makes everyone else around him better too. As for the Browns, they were last season’s biggest disappointment. Most pundits expected the Browns to make the playoffs, but the team flopped behind first-year coach Freddie Kitchens and his confusing play calls. The team should be a lot more level this year under Kevin Stefanski’s tutelage. The defense isn’t great, but it doesn’t have to be when your offense has that many weapons. As long as they are clicking on all cylinders, the Browns could end up being the AFC North’s third playoff team. Don’t worry, Bengals fans. I didn’t forget about you…although you might wish I had. The Bengals are going to be bad this year, plain and simple. I know that there’s buzz around Joe Burrow and the return of AJ Green, but it’s not going to be enough for them to be able to compete in this league. This is going to be a big year of building but not a big year of winning for the Bengals.

AFC South: Year in and year out, the AFC South is always the hardest to predict, and this season is no different. The Titans are the favorites to win the division this year after a trip to the AFC Championship game last season, but there are some major questions surrounding their team. Can Ryan Tannehill replicate what he did last season? Will losing Jack Conklin hurt the running game? Will the defense be as dominant as it was over the second half of last season? This is a team that, at the start of the year, was trending towards firing Mike Vrabel, a coach who is now being heralded as one of the best in the league. I’m not as confident as most that they will run away with this division. On paper, to start the year, the Colts are their biggest competition. The team brought in a more steady quarterback option in Philip Rivers and bolstered a defense that was already very strong. The additions of Rivers and rookie running back Jonathan Taylor should help the Colts in their quest to make it back to the postseason. In what could be the tightest division in the league, people seem to keep forgetting about the Houston Texans. Just because they traded away the best receiver in the NFL does not mean that this is going to be a bad offense. The Texans still have DeShaun Watson, and they brought in Randall Cobb, Brandin Cooks, and David Johnson in the offseason to provide him with some more weapons. The defense is going to be the biggest issue for the Texans if they want to repeat as division winners. As for the Jaguars, well…they are pretty much in the same boat as the Bengals. The Jags have potential to be like last year’s Dolphins and win some games that they are not expected to. But, as much as I like Gardner Minshew and his mustache, this is not a team that is going to contend for a playoff berth.

AFC West: The AFC West is obviously the Chiefs to lose, right? Barring a catastrophic injury to Patrick Mahomes, last year’s Super Bowl winners look like a surefire lock to win their division and have a chance at locking up the top seed in the AFC. The Chiefs offense only got better in the offseason by adding Clyde Edward-Helaire, and the defense looked like one of the most improved units in the NFL over the second half of the season. All three of the other teams in the division should be better this year but not good enough to take down the Chiefs. The Broncos are entering the 2020 season with their quarterback, Drew Lock, in his second year. Lock looked really solid last year and has a good chance to repeat that success this year. Add that to a strong defense and the addition of Melvin Gordon, and this is a team that will be contending for a Wild Card berth for a good portion of the season. The same can be said about the Raiders who enter a pivotal year for Jon Gruden. The team has moved to their new home in Las Vegas and needs to compete to stay relevant this season. I’m still not sure if Gruden actually believes in Derek Carr, but it’s who he’s got this year. I think an improved offense and defense could net an extra win or two for the Raiders in 2020. As for the Charges, well, I expect them to be the surprise team of 2020. The Chargers finished 5-11 last season despite having a point differential of just -8. Compare that to the Raiders who finished last year 7-9 but had a point differential of -106. The Chargers return basically the exact same team but have replaced Philip Rivers with Tyrod Taylor and, potentially, Justin Herbert later in the season. Both of those guys turn the ball over less than Rivers and give the offense more of a fast-paced spark. I really like the Chargers heading into this season.