10 Boom or Bust Players for the 2020 Fantasy Football Season 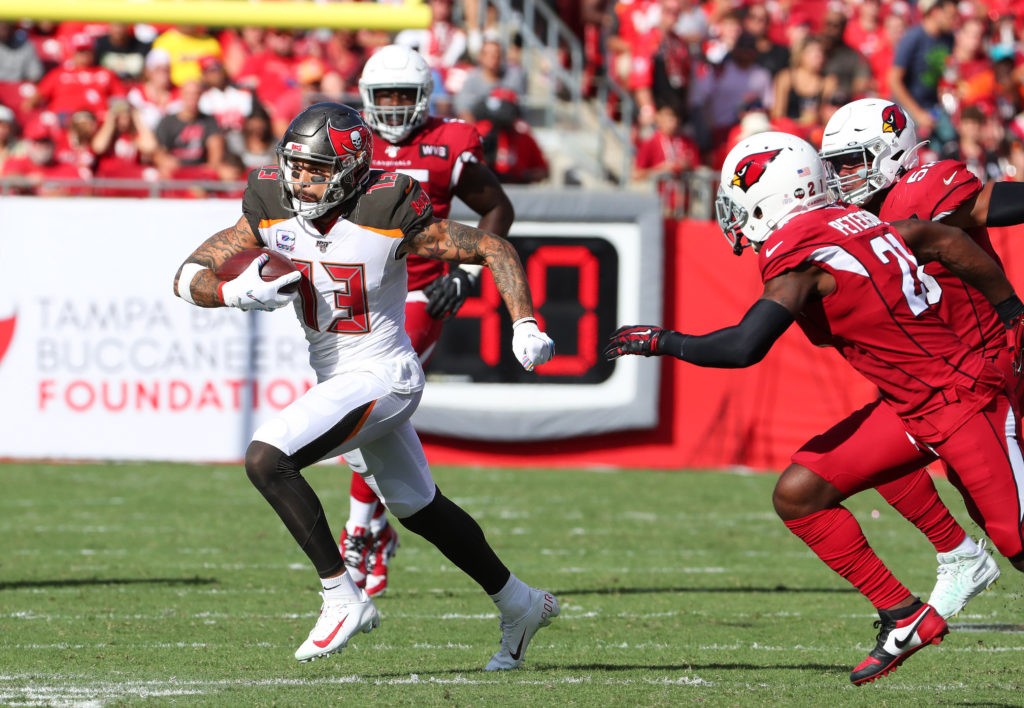 The NFL will be kicking off (hopefully) in less than a month and my excitement levels are through the roof, so it felt like a good time to do some boom or bust rankings for the upcoming fantasy season. These guys aren’t in any particular order, they’re just all players being drafted high that have big time bust potential.

Tyreek Hill
Tyreek Hill is an ultimate boom or bust player every week of every season. The Chiefs offense is so good and can beat you in so many different ways that it’s hard to trust any of their players (aside from Mahomes) to perform at a high level every single week. The touches just oftentimes end up not being there. Last year, Hill had just two games over 100 receiving yards. He put together back-to-back weeks of 6 catches for 140 yards and 11 catches for 157 yards with a touchdown in each game. That’s the boom potential that forces fantasy owners to draft Hill in the top two rounds every year. Following those performances though, Hill had 0 catches the next week and then a combined 11 catches for 117 yards in the next two games. That two weeks of game altering stats and then three weeks that could sink your team. If you’re going to draft Hill this year, make sure you have a lot of wide receiver depth behind him and keep your fingers crossed that you choose the right weeks to start him.

Miles Sanders
I’m having trouble understanding the Miles Sanders hype train this year. Matthew Berry has Sanders slotted as his 22nd best player in PPR formats, and he is getting drafted as a top-20 pick in most mock drafts. Yes, Sanders is getting an expanded role this season in his second year out of Penn State, but the Eagles and Doug Pederson are notorious for going running back by committee. Sanders touches by game last year were 11, 10, 13, 11, 9, 3, 6, 3, 10, 11, 12, 17, 15, 19, 20, and 9 while he was the lead running back for the team over the majority of the season. We saw him boom in week 15 against the Washington team with 122 yards and a touchdown, but that was following a bust of a week with 15 carries for 45 yards. Sanders has a high ceiling this year, but unfortunately he has a low floor too. I’d be careful relying on this guy as an RB1.

Aaron Jones
Aaron Jones is in basically the same camp as Miles Sanders. He has incredible boom potential in an offense that is now built around rushing the ball. Just look at last year when he had four games over 100 yards and five games with 2+ touchdown runs (including his 4 TDs in week 5 against the Cowboys). The thing that is going to hold Jones back is that the Packers love to use multiple backs. They even drafted one in the second round this year that is likely to get significant touches. With that in mind, taking Jones as a projected top-12 pick is a risky move for this season. He’ll give you some really good weeks, but it’s going to be the weeks like last year against the Chargers where he had 8 rushes for 30 yards that will cost you games.

Amari Cooper
Year in and year out, Amari Cooper is drafted in the top-40 of every league. And year in and year out, Cooper is the biggest boom or bust in the NFL. Last year, Cooper finished the season with 1,189 yards and 8 touchdowns, but he had three weeks with one catch or fewer and five weeks with fewer than 40 receiving yards. He was targeted 10+ times in four games and five times or fewer in six games. Every week is a toss up with Cooper as to whether or not he is going to produce. In week 5 last year against Green Bay, he had 11 catches for 226 yards and a touchdown. The following week against the Jets? One catch for three yards. Draft Cooper with extreme caution this year.

DeAndre Hopkins
Hopkins is a player that I’ve personally taken in the first round for three years straight. I think he’s the best wide receiver in the entire NFL and has been underrated for his entire career. That being said, Hopkins is moving away from DeShaun Watson and the Texans and over to Kyler Murray and the Cardinals. Murray was good to great at times last season, but there is a major unknown as to how Hopkins will be utilized in this offense. Murray does a lot of damage on the ground, but will this turn into a pass first offense this year? And will Murray be able to find his receivers with more consistency this year? Hopkins has had a lot of success in the past playing with quarterbacks like TJ Yates and Brandon Weeden, so I don’t worry about him putting up his stats. I’m more worried about the weeks where Murray takes over on the ground leaving Hopkins with a minimal impact on the game.

Nick Chubb
Nick Chubb was one of the best running backs in the league last year with 1,494 yards and 8 touchdowns. He also added 36 receptions and 278 yards through the air. But, once Kareem Hunt returned from suspension last year, Chubb’s productivity diminished. Chubb failed to have more than 20 touches in a game just once over the first 11 weeks of the season. As Hunt’s involvement in the offense went up, though, Chubb reached the 20 touch mark just once during the final five weeks of the season. This doesn’t bode well for this coming year in which Hunt will be available from week 1 and the Browns have brought in even more weapons through air. I still think Chubb has good potential to have a big season on the ground, but there are going to be games this season where his touches drop. It’ll be up to you to decide if that bust potential is worth the risk.

Joe Mixon
When Joe Mixon is good, he’s really good. He had three games last season with more than 130 yards on the ground. But, when he’s bad, he can be really bad. Mixon had three games last season with 10 yards or fewer, four under 20 yards, and six with 50 yards or fewer. He also scored just five touchdowns last season which is not very good for a player that is being drafted in the top-15 of most mock drafts. The Bengals offense should improve this season behind Joe Burrow and the return of AJ Green, but Mixon’s performance history has me worried about his boom or bust potential this year.

Dalvin Cook
Look, I don’t want to throw a guy into this boom or bust category due to injuries because players get injured all the time, but I do think it’s a fair part of the argument when it comes to a player projected as a top-5 pick. Dalvin Cook missed 17 games over his first two seasons and two full games last year. He was also extremely limited in his final four games of the season and had fewer than 12 touches and 30 yards in three of them. Cook got off to a ridiculous start last year with 110+ yards in five of his first seven games. He also had eight touchdowns over those first seven games, but injuries held him back during the second half of the season. This seems like it has become somewhat of a trend for Cook and could be enough to scare some people away from drafting him. He obviously has great boom potential here, but his bust potential could end up sinking your team.

Alvin Kamara
Everyone already knows this, but the majority of Alvin Kamara’s potential every season comes from the receiving game. Over his first three seasons, he has had 485 rush attempts for 2,408 yards and 243 receptions for 2,068 yards. The problem with relying on a running back to be a receiver is that 1) the Saints offense has Michael Thomas and now Emmanuel Sanders and 2) is moving more towards a run-first approach that will utilize all of their running backs. Over Kamara’s first two seasons, he had 13 total touchdowns and 18 total touchdowns, respectively. Last year, he had just six. Add those numbers to a player who had just five games over 100 total yards in 2019, and Kamara becomes a boom or bust risk to take in the top-10 of this year’s draft. He was dealing with a knee injury last year too which the Saints claim is fully healed, but that could play a big factor this year if it begins to bother him again. Proceed with extreme caution on Kamara, a player who could give you some league-winning weeks followed by some league-losing weeks.

Mike Evans
From a pure talent perspective, Evans is one of the best wide receivers in the league. The biggest question for him this season is what the Bucs offense will look like under Tom Brady. Will Chris Godwin be utilized more? What about Gronk? Are they going to be run first? All of these factors could take targets away from Evans, a player who had nine games with four catches or fewer last season. If Evans falls to you in the third round, it would be really hard to pass up on taking him. Just be aware that his boom or bust potential is looming.