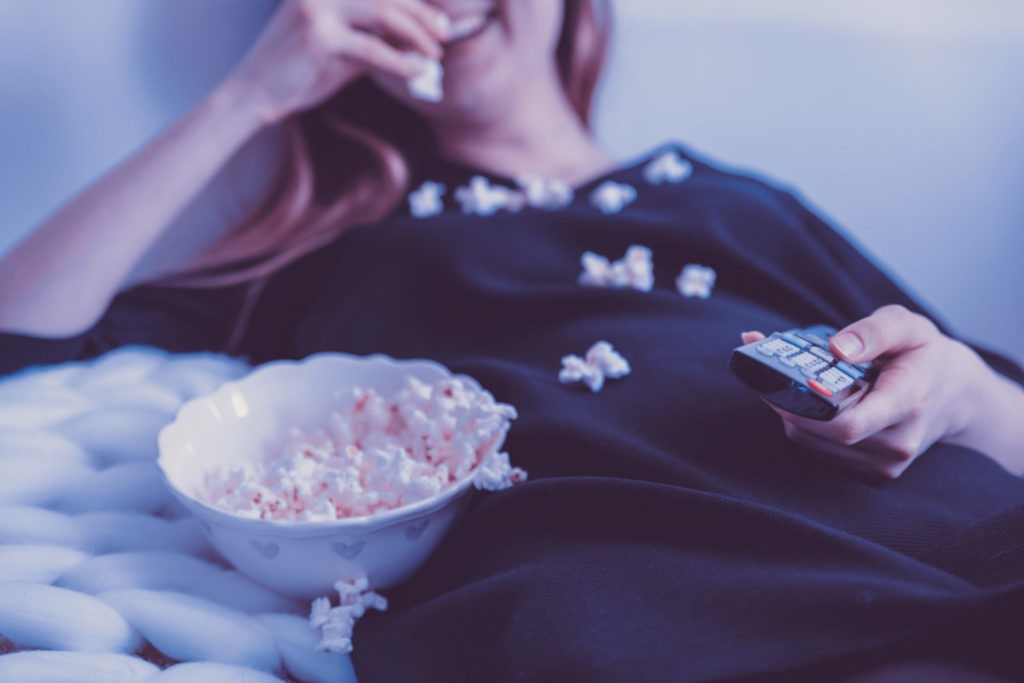 I gave you my top 10 TV shows to stream earlier in the week – now it’s time to look at some movies. I’ll be going through the best streaming movies for each genre over the next few days, so cozy up, grab some popcorn, and laugh your ass off while working your way through this list.

Austin Powers: International Man of Mystery (Netflix)
The entire Austin Powers trilogy is streaming on Netflix, but this is far and away the best one. Everything was so fresh and new in this movie, and it still holds up over 20 years later. Plus it’s got Elizabeth Hurley. Runtime: 89 minutes.

Scott Pilgrim vs. The World (Netflix)
Not only is this one of my favorite comedies, it’s one of my favorite movies. This is debatably Michael Cera’s best movie, I fall in love with Mary Elizabeth Winstead every time I watch it, and it’s perfect for all NFL players after the passing of the new CBA. Runtime: 112 minutes.

The Unauthorized Bash Brothers Experience (Netflix)
The Lonely Island could produce a feature length film of them painting a wall, and I’d watch the entire thing. I love everything they do, and this is one of their weirdest works. Andy Samberg and Akiva Schaffer play Jose Canseco and Mark McGwire in this bonkers musical. Runtime: 30 minutes.

John Mulaney & the Sack Lunch Bunch (Netflix)
Is this made for kids? Is this a parody of a kids show? I honestly don’t know, and I’m not sure Mulaney does either. But it is hilarious, and Jake Gylenhaal delivers one of the funniest cameos I’ve ever seen. Runtime: 70 minutes.

Clue (Amazon Prime)
A comedy based on the board game Clue with a cast of Eileen Brennan, Tim Curry, Madeline Kahn, Christopher Lloyd, and more? What’s not to love! This is one of the funniest comedies ever made, and far too many people have never seen it. Give it a chance and thank me later. Runtime: 94 minutes.

Planes, Trains, and Automobiles (Amazon Prime)
I have a lot of nostalgic ties to this movie because it is my mom’s favorite, but I’ll happily debate anybody that this is John Huges’s best work. Steve Martin and John Candy provide some of the funniest moments you’ll ever see on screen. Runtime: 93 minutes.

Bridesmaids (HBO)
I always thought I hated this movie, but I rewatched it recently and realized what a dumbass I am. This movie features Kristen Wiig and Maya Rudolph as the best they’ve ever been post-SNL and has some of the funniest (and grossest) gags you’ll ever see. I also LOVE Ellie Kemper, Melissa McCarthy, and Jon Hamm in this. Runtime: 125 minutes.

7 Days In Hell (HBO)
This is another Andy Samberg classic that I had to get on this list. It’s a mockumentary about two tennis players – bad boy Andy Samberg and good guy Kit Harrington (aka Jon Snow) – that has too many absurd moments to count. I’d recommend watching this one back-to-back with The Unauthorized Bash Bros Experience for two of the greatest sports parodies of all time. Runtime: 43 minutes.

National Lampoon’s Vacation (Netflix)
I said before that Planes, Trains, and Automobiles is John Hughes’s best work, but this is a really close second. It’s another great road trip movie that launched one of my top 5 favorite Christmas movies (National Lampoon’s Christmas Vacation). If you’re worried about a comedy from the 1980s holding up, don’t be because this one does. Runtime: 98 minutes.

Crazy, Stupid, Love (Hulu)
I had to round out the list with this A+ effort from Steve Carrell and Ryan Gosling. The Gos God puts forth one of the funniest and best deadpan comedy performances of the 2010s, and the supporting cast of Emma Stone, Julianne Moore, and Josh Groban (especially Josh Groban!!!) really shine. If you haven’t seen this movie yet…what’s wrong with you? Runtime: 118 minutes.