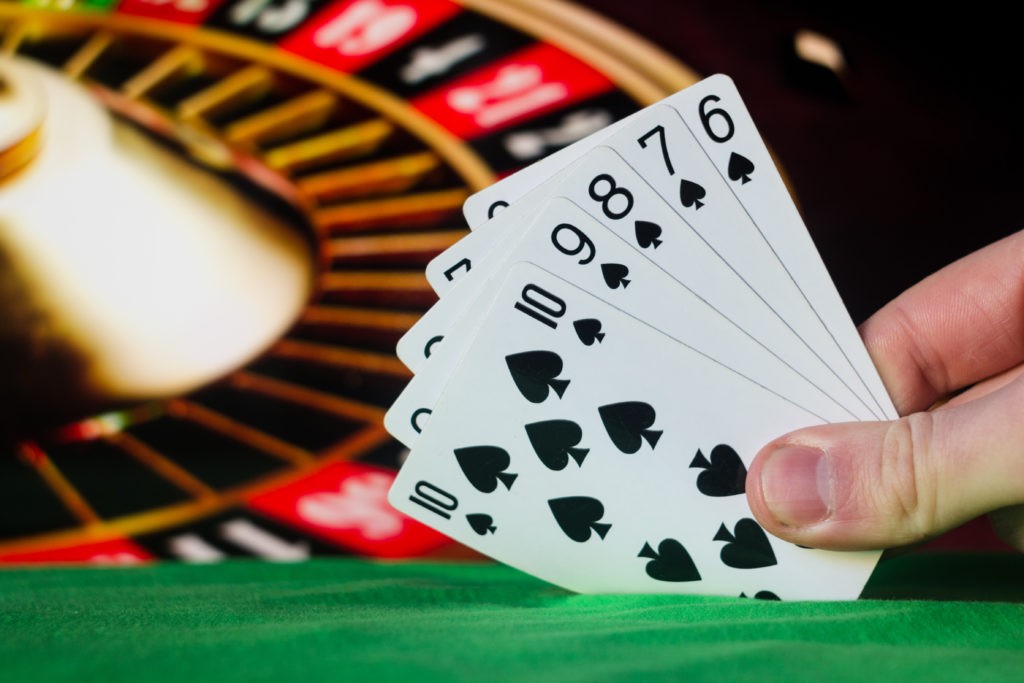 The best hand in poker, when Jokers are not involved, is a royal flush (10 through Ace of the same suit). It’s an unbeatable hand followed closely by the straight flush (any five sequential cards of the same suit). I was recently watching the movie Honeymoon in Vegas, which is a delight, by the way, and Nic Cage’s character, Jack, loses a hand of poker to James Caan’s character, Tommy, in one of the strangest fashions you’ll ever see. The loss ends up leading to Jack’s fiancé spending a weekend with Tommy for some crazy convoluted reason that I don’t have time to get in to. What I do have time to dissect is the poker hand that Jack lost.

The fellas are playing 5-Card Stud with four other people, and Jack stumbles upon a straight flush with Jack (fitting nod to his name) high. This is an unbeatable hand. The chances of getting a straight flush, the second highest hand only to a royal flush that you can have in poker, are around 0.0015% or 72,192 to 1. So you can see why our leading man, Jack thought that he had this game under control and was willing to bet more money than he could pay.

The thing that Jack couldn’t account for was poker-pro Tommy also having a straight flush, but his straight flush was Queen high. So, when Tommy flips over his hand, Jack is understandably floored and left trying to figure out what just happened.

The odds of getting struck by lightning in the US are 700,000 to 1. How about winning the Powerball? 292,201,338 to 1. Getting that girl’s number that you catcalled? Okay, you actually have a better shot at getting two straight flushes in a round. But are you seeing the discrepancy in these numbers? It’s insane and almost offensive that this movie was trying to get us to think that this was ever even remotely a possibility.

The point of this article is that if you have a straight flush, don’t be scared off by Jack. You’re going to win the round. This isn’t Hollywood. Go all in.

For our Delaware, Nevada, New Jersey, and Pennsylvania readers: click here to check out our poker site reviews.