An Ode to Vampire’s Kiss 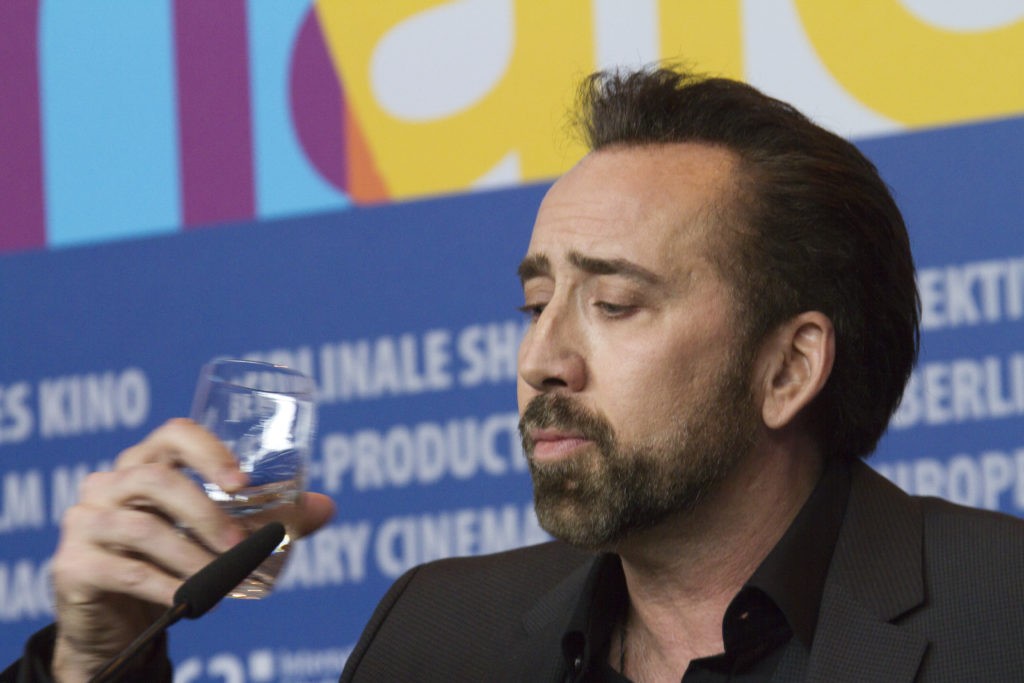 I want to start off by saying that I don’t actually know what an ode is, but it felt like a good title. I think it’s some kind of poem, but this will not be written in lyrical format. You can read it like that if you want though. Who am I to deny you the simple pleasure of reading my writing as if I was a 1600s bard delivering the good news about Nicolas Cage to you.

When people think about Nicolas Cage, they often think of National Treasure. And, fair enough. It’s a great movie, he’s nuts in it, and he steals both the Declaration of Independence and the hearts of America. I can’t blame people for thinking that this is Nic Cage’s best work because they just haven’t been exposed to enough of the rest of his filmography.

I started a podcast with two of my best friends in January, and we are watching all of Cage’s movies in chronological order and reviewing each one. Being a part of The Wicker Men (shameless plug: go rate, subscribe, download, leave a review, listen to every episode, tell your friends, whatever else you think would make us the huge stars we should be) has been a pretty incredible experience so far. Going into the podcast, I’d seen probably about 55% of his work, and that number keeps rising with each new episode. But the more I watch, the more I’m convinced that there will never be a better film made than Vampire’s Kiss.

I remember being in high school the first time I watched Vampire’s Kiss and having my mind completely blown. I’d never seen anything quite like it. It’s the only movie that I’ve ever watched and then immediately restarted to watch it again. I’ve shown countless friends this movie over the years, and it never gets old. I would conservatively estimate that I’ve seen Vampire’s Kiss 13 times, and I pick up on something new each and every one. That’s the mark of a great movie to me. It’s a timeless classic that keeps getting better with every single watch.

Oh hey, what are those two mimes doing on that empty street? Why is Nic Cage talking like he stuffed a full box of Kleenex up his nose? Did he just say that bat gave him an erection? These are some of the unanswerable questions that you’ll have running through your mind while you watch this movie. And guess what? The answers don’t matter. All that matter is that you’re going along for the ride of your life.

It’s going to be hard to give you the gist of the film in a few short sentences, and when have you ever known me to do something hard? I’m just going to embed the trailer instead.

That trailer seem bananas? It’s not even half as crazy as the actual movie. It was like director Robert Bierman just told Cage to do whatever the hell he wanted whenever the hell he wanted to do it in the movie. It bounces all over the place from Cage thinking he’s a vampire to telling people he’s “Peter Loooowwwww” to screaming at his secretary Alva because she’s the lowest on the proverbial totem pole.

Yes, Cage is a maniac. Yes, he recites the entire alphabet for some reason (see below) and eats a cockroach and wears plastic vampire teeth. But he also does a great job of *sometimes* subtly showing a man that is truly losing his mind. He is slipping from reality throughout this movie, and there a few great scenes of him trying to keep it together as a suave businessman but completely losing his grip on reality behind the facade. Christian Bale modeled part of his Patrick Bateman character in American Psycho after Cage’s performance in this. Does Bale do a better job at it? Definitely. But Cage shows flashes of what could have made this movie more like American Psycho. But if he had toned down his performance, we would have missed out on so much greatness. Please go watch this movie and savor what will be the best 103 minutes of your life (or 206 if you choose to instantly rewatch it like I did).