Top 10 Race Horses of All Time 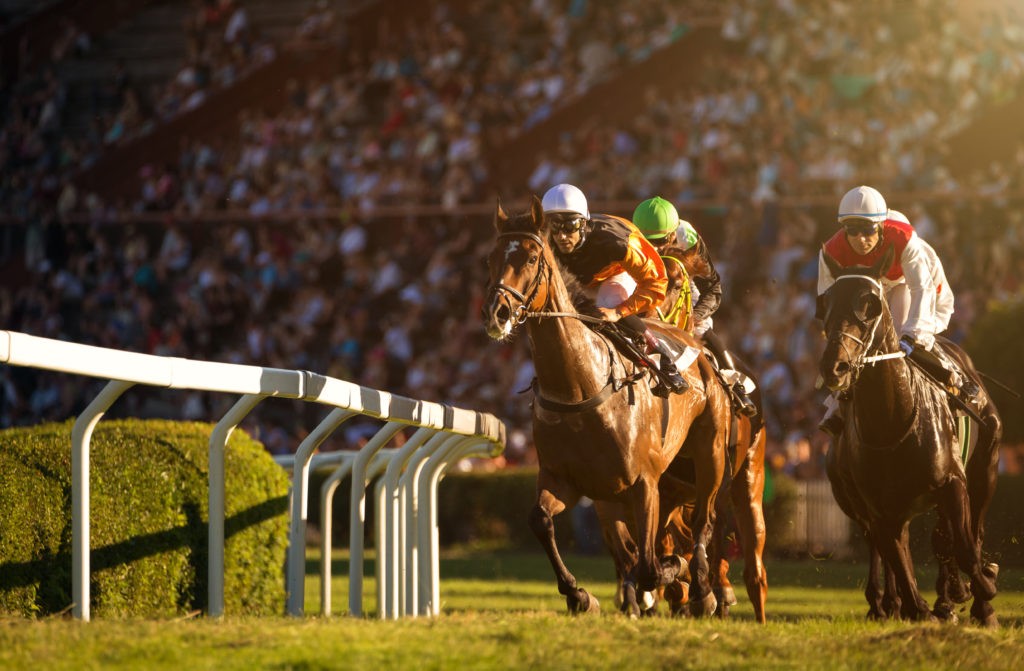 The idea of picking apart the top 10 race horses of all time has intrigued me for awhile. Of course, everybody knows number one, but it seems like after that people seem to change their opinions almost daily. Just like any other sport, people will debate eras, level of competition, level of training, and a million other things. But the list I’m making today is based purely on track performance and what it meant at the time they ran. I have no idea if Seabiscuit would have been a good horse if they were running on today’s tracks. But I do know that they dominated the time that they were in. Make sense? Alright, let’s jump into it then.

#1: Secretariat
This is the most obvious pick on the list. Secretariat still holds all kinds of records for fastest times on all different types of tracks. This is the best race horse that ever lived and will probably be the best race horse to ever live. Just watch the race below and see how the other horses weren’t even close to being in frame when Secretariat crossed the finish line. And this was the Belmont Stakes!

#2: Man O’ War
This was the original race horse. His bloodline gave way to Secretariat, Seabiscuit, and so many other great horses that are on this list. He lost one time because the race had to go to a restart, and it threw him off kilter. This was a ridiculous strong and powerful horse that, just like Secretariat, couldn’t even be competed with during their era.

#3: Seabiscuit
Many people know Seabiscuit as the title character of the movie made about him, but his story really is stranger than fiction. Seabiscuit was born really small and won just 10 of his first 40 races. His owners, trainer, and jockey all stuck with him, though, and Seabiscuit went on to beat Triple Crown winner War Admiral at the Preakness Stakes in 1937. He was voted the Horse of the Year and became a great underdog story for the American people that were going through the Great Depression. He gave them hope for a way out.

#4: Zenyatta
Zenyatta is probably the most exciting horse on this list. She lost her first race but then won her next 19 to finish out her career. The great thing about Zenyatta was that she was never the leader of the pack. In fact, she always seemed to fall all the way to the back to start the race. But once the last mile of the race started, she kicked herself into full gear and blasted past the competition. It was special to watch.

#5: Frankel
Frankel is arguably the greatest European horse of all-time. Definitely the great thoroughbred. Frankel was undefeated in his career and was the highest ranked horse in the world in 2011. Timeform gave Frankel a rating of 147, which is the highest ranking that any horse has ever received and many think will ever receive.

#6: Ruffian
The thing keeping Ruffian from climbing higher on the list is that she struggled on races that were over a mile. But there was truly no horse better at the races under a mile. She had incredible sprinter’s speed that was used to blowout her opponents. She also had a beautiful show horse’s black body that made her ever more majestic to watch on the track.

#7: Phar Lap
I can already hear people yelling at me as they read through this post and see that it took until #7 to get to Phar Lap. Phar Lap is another horse that captured the minds of the American people during the Great Depression. He was a great horse that excelled at long races with stamina not seen very often. Watch Phar Lap come from the back of the pack to win the 1932 Agua Caliente Handicap.

#8: Sea Bird II
Sea Bird II dominated dominated the European field from 1964 to 1965. He didn’t have an long career, but he was considered the greatest race horse in European history until he was unseated by Frankel. Sea Bird II deserves a spot on this list for his wins at The Derby Stakes and the Prix de l’Arc de Triomphe.

#9: American Pharoah
American Pharoah was impossible to leave off of this list. In 2015, he became the first horse in 37 years to win the coveted Triple Crown when he won The Belmont Stakes by 5.5 lengths and recorded the sixth fastest time in Belmont Stakes history. Many have argued that American Pharoah didn’t face the same kind of competitions that other horses in the past did, but, either way, he was a dominant racer which can’t be taken away from him.

#10: Barbaro
Barbaro deserves a spot on this list because he is a classic “what if” story. Barbaro won the 2006 Kentucky Derby in almost easy fashion (video below) and was a heavy favorite to win the Triple Crown but shattered his leg on a false start in the Preakness derby. If Bo Jackson can make every list of the 10 greatest athletes of all time despite not having a long career, then Barbaro should make every top 10 horse racing list.