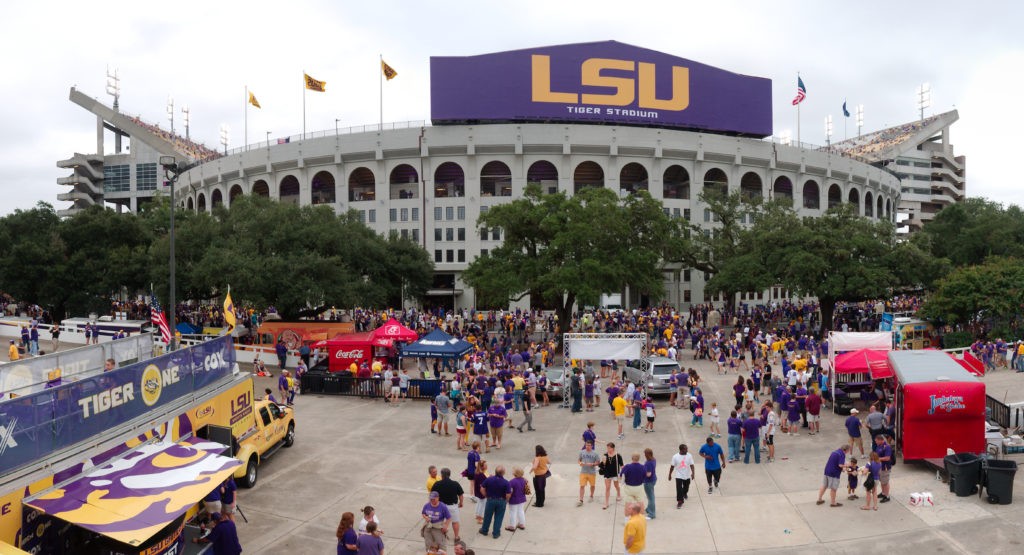 The 2020 wide receiver class is stacked this year. Justin Jefferson, LSU’s standout receiver, led the NCAA with 111 catches last season and had the third-most reception yards in college football with 1,540, yet he will still likely be the fourth or fifth receiver taken off the board instead of being in the top-3. While Jefferson may not end up having the immediate impact that CeeDee Lamb, Jerry Jeudy, or Henry Ruggs are likely to have, he’s still a great option for whatever team lands him on April 23.

Jefferson got off to a poor start to his collegiate career with 0 catches and 4 total yards in his first season. His sophomore and junior seasons turned around his draft stock, though, as he put together a 54 catch, 875 yard, and 6 touchdown campaign followed by a 111 catch, 1,540 yard, and 18 touchdown season. He was widely regarded as a top-5 receiver in college football last year, and, in his second to last game, he set a College Football Playoff record with 14 catches, 227 yards, and 4 touchdowns in LSU’s Peach Bowl victory over Oklahoma.

The biggest question that is going to face any team looking to draft Jefferson is the same one that every LSU offensive player, including Joe Burrow, will be subject to by NFL scouts – was the offensive success their own or a product of the system and the talented players around them? Yes, he had 111 catches this year. But, Burrow is going to be the first overall pick in the draft. Yes, Jefferson scored 18 touchdowns last season. But, his teammate Ja’Marr Chase had 20!

Much like another former LSU Tiger Odell Beckham Jr., Jefferson excels at making the spectacular catch. He has quick hands and knows how to make crazy catches, even adjusting his body midair at times. However, he does struggle with beating coverages at times and his route running can use some major improvement. Jefferson is likely going to take some time to exceed at the next level, but he should be considered at the top of “the rest” of the wide receiver group after the top-3 are off the board.